Nepal Puts Curbs On Vegetables And Fruit Imports From India, Prices Go Up

Nepal Puts Curbs On Vegetables And Fruit Imports From India, Prices Go Up 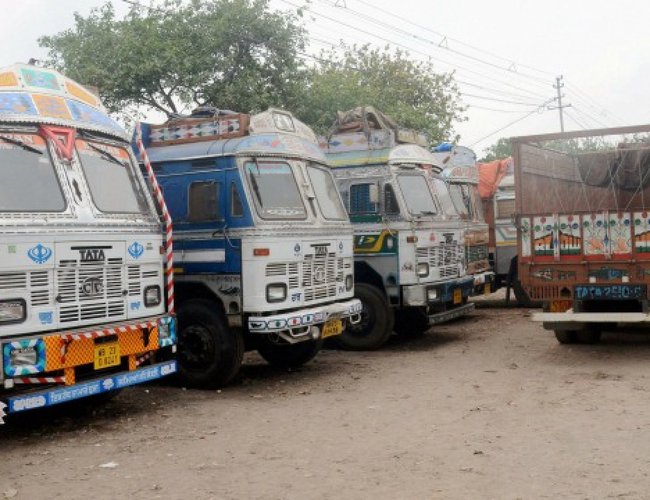 Hundreds of trucks loaded with fruit and vegetables queuing at the border points of Nepal India remind the border disruption of 2015. Although all the entry points have same situation, Nepalgunjg, Bhairahawa, Birgunj, Kakarvitaa and Biratnagar custom points have largest numbers of such vehicles.

Unknown about the new direction of Nepal custom office, Indian farmers and vegetable venders have already lost millions of rupees and Nepali customers are forced to pay two hundred percent higher price for vegetables and fruits like mango.

With inadequate infrastructures at border custom points for pesticide test, Nepal’s communist government order to maintain strict surveillance on the Indian vegetables and fruits along Nepal-India border will likely to create trade friction between Nepal and India.

As the supply of green vegetables to Nepal has declined significantly, the prices have escalated two hundred percent higher.

The government on June 20 implemented a provision of conducting lab test of vegetables and fruits entering the country via different Nepal-India border points every day to control the import of pesticide-lashed vegetables.

According to Binaya Shrestha, deputy director at Kalimati Fruits and Vegetables Market Development Board, the import of green vegetables has declined significantly from India as the test being conducted to ascertain the pesticide use in vegetables in border points caused delay in the supply.

“Due to lack of testing lab at the border point, the concerned authority cannot provide test certificates to the supplier there which has led to the decline in the import of green vegetables. As vegetables are perishable items they decay quickly in the summer heat,” he said.

However, the import of potatoes and onion is normal as these products don’t get damaged in short time as other green vegetables, he said.

The Bhairahawa border authority has been sending the sample of vegetables to Kalimati for lab testing due to a lack of testing lab there, he said, adding that it would take at least two days to send certificate of clearance.

“We did not find any inedible vegetables due to use of pesticides in the sample items sent to us by the Bhairahawa border,” he said.

Bhagwan Chandra Upreti, a wholesaler of Kalimati market, said that the local farmers were getting reasonable price of their products after the decline in the import of vegetables from India.

However, customers have to pay high price. “The government’s decision for mandatory test of pesticide on vegetables and fruit is taken to profit some handful people. Since Nepal’s production meets demand of 30percent of vegetables, what is the use of taking such initiative? Even Nepalese farmers used huge quantity of pesticide in vegetables and fruits,” said Jeet Bir Shrestha, a customer in Kalimati.” “The government should make proper arrangement before taking such decision. It will harm our bilateral relations as well. If India introduces such method to our vegetables, ginger, cadmium and tea, Nepal would have reacted long back.”

However, some other believes that this initiative is not only controlling the import of unhealthy vegetables but has also encouraged local farmers to produce large amount of vegetables to get reasonable prices of their products.

With requirement of over 1300 tons of various kinds of vegetables and fruits, over seventy percents products are imported from India. As the import of vegetables from India has declined, the local venders are increased the price. For instances, mango per KG reaches up to Rs.200 from Rs.100. 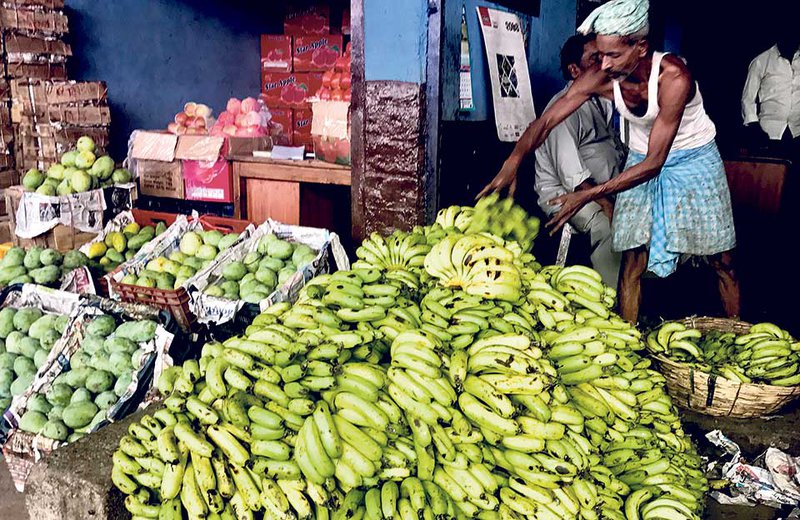 There are scarcities of green vegetables, including beans, bitter gourd, egg plant; cauliflower and cabbage are almost stopped from the last week.

Around 300 tons of green vegetables used to import from India in Kalimati market every day before started lab testing of vegetables.

Following the outbreak of acute encephalitis syndrome (AES) in areas in Bihar near the Nepal border, Nepal has asked its customs check posts not to allow vehicles and bullock carts laden with vegetables or fruits to enter if the drivers fail to produce quarantine certificates.

Hundreds of trucks loaded with fruits and vegetables are stranded at the customs check post at Birganj, Bhairawa, Nepalgunj, and Kakarvitta awaiting a nod from the customs office for the last six days.

“We are being forced by Nepali customs officials to return to the adjacent town of Raxaul and come next time with quarantine certificates,” said Ramprit Rai, the driver of a stranded truck.

In a bid to salvage their perishable products, truck drivers are also selling vegetables and fruits like mangos and bananas at throwaway prices. Rati Lal, a truck driver from Biharsarif, said his entire consignment of bananas rotted away.

“The Nepal government has enforced the compulsory requirement of quarantine certificates for import of edible products from June 17. Small traders are thus facing problems,” Kumar said.

The unilateral decision taken by Nepal government without any prior information and consultation will likely to create tensions. As farmers of India face loss due to the decision of Nepal government, they will press Indian government to necessary actions.