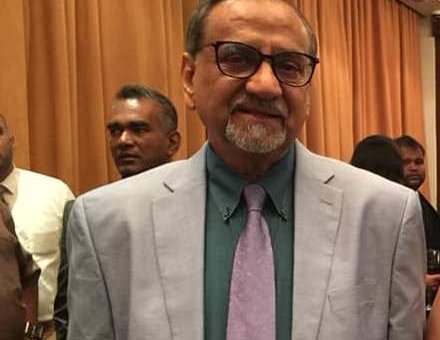 “I have tendered my resignation to the president because I do not see scope to work as ambassador given humbling situation to continue as ambassador. Although foreign minister Pradeep Gyawali has insisted me not to resign but I have resigned.”

He further said that there is no reason to occupy position when nobody response you from ministry. He said that the officials at the Ministry of Foreign Affairs did not respond to any of his letter send to them.

“When nobody listened to you officially, what is the sense to continue as an ambassador? I don’t want to occupy chair if nobody cares me,” said Professor Bishwambher Pyakuryal.

He was appointed by Sher Bahadur Deuba led government two years ago. Professor Pyakuryal is well known economist of Nepal.

Nepali Embassy In London To Open All Days By NEW SPOTLIGHT ONLINE 11 hours, 12 minutes ago