Six Persons Injured In A Bomb Explosion In Dhangadhi

Six Persons Injured In A Bomb Explosion In Dhangadhi 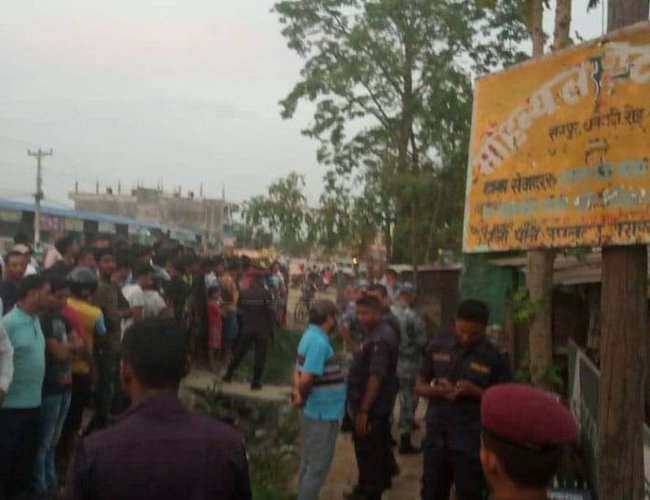 Six people are seriously injured when a bomb went off in Dhangadhi, headquarter of Sudurpaschim Province. The condition of one of the victims reported to be critical. The bomb exploded Nilam Hotel near Chatakpur Sahid Gate at Dhangadhi Sub Municipality at 7 PM.

According to chief of police of District Police Office Kailali Sudip Giri, all the injured are taken to metro hospital. It is yet to be confirmed what caused the blast. According to Deshsanchar.com, there was panic in the areas following the explosion

Australia Is Proud Of Our partnership With Nepal: Ambassador Budd By NEW SPOTLIGHT ONLINE 21 hours, 4 minutes ago

Nepal Has Made Many Progress: Prime Minister Oli By NEW SPOTLIGHT ONLINE 1 day, 13 hours ago