Nepal And China Review All Important Aspect Of Bilateral Relations

Nepal And China Review All Important Aspect Of Bilateral Relations 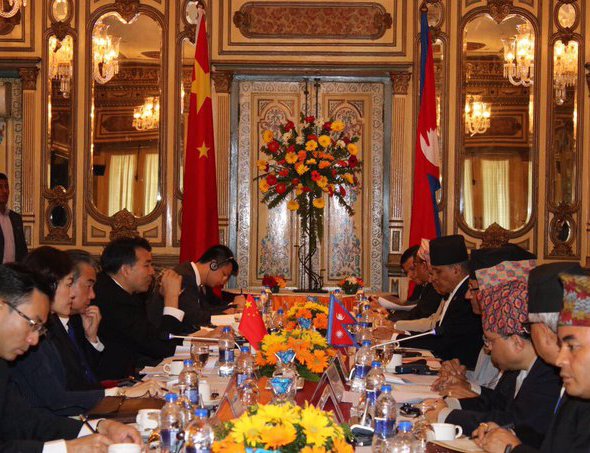 Minister for Foreign Affairs Pradeep Kumar Gyawali and State Councilor and Minister of Foreign Affairs of the People’s Republic of China Wang Yi reviewed all important aspects of bilateral relations during the high level talks.

They expressed satisfaction over the expanding and deepening relations between Nepal and China in recent years and agreed to further promote co-operation in various areas of mutual interest.

Both sides underscored the importance of the exchange of high level visits on a regular basis in order to develop mutual trust and confidence, and to further strengthen bilateral relations.

The two Foreign Ministers agreed to implement the agreements and understandings reached between two sides in the past. They also agreed to continue cooperation in various regional and multilateral forums on matters of mutual interests. 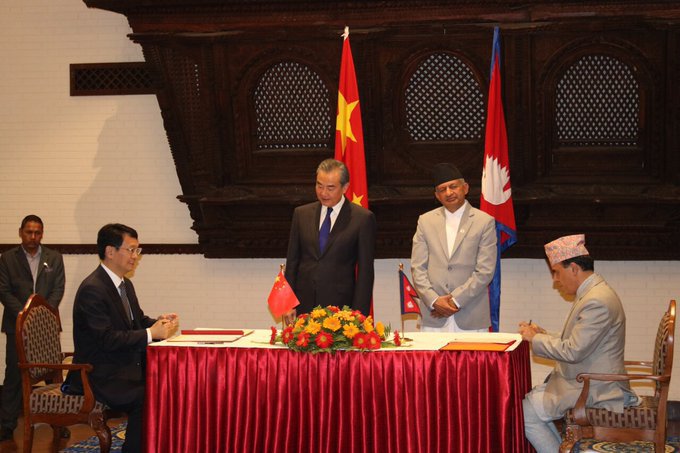 Memorandum of Understanding has exchanged following the bilateral meeting between Nepal and China. Under the understanding, China will support the Hospital Recovery Project in Manang and provide 5000 pieces of emergency shelter tents to Nepal government.

Following the bilateral talks, the two Ministers also witnessed the exchange of Memorandum of Understanding Ministry of Education, Science and Technology, Government of Nepal and the Embassy of the People’s Republic of China Nepal on Volunteer Chinese Teachers’ Program in Nepal. 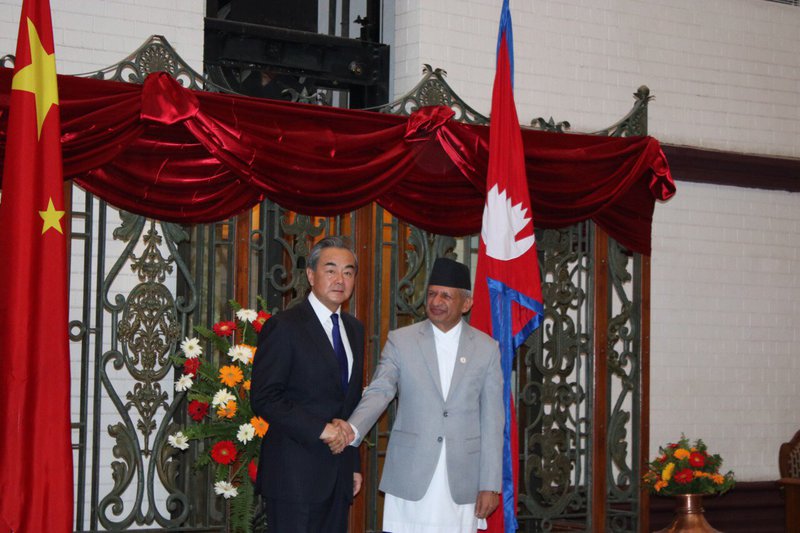 Minister Gyawali appreciated China’s continued support for Nepal’s socio-economic development and underlined the need of strengthening cooperation in the fields of connectivity, infrastructure, energy and education. State Councilor and Minister of Foreign Affairs of China assured of Chinese support to Nepal’s development endeavours