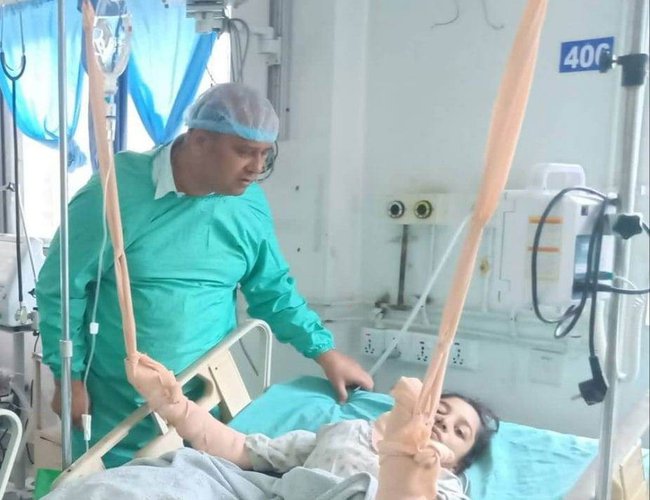 The health condition of fourteen years old Muskan Khatun, an acid victim from Birgunj, has improved following a series of surgery in Kirtipur Hospital. She is now in Intensive Care Unit of the Hospital.

Khatun sustained acid burns on her face after allegedly attacked by two persons in Birjung on September 6.

According to police, the girl -- a student of class nine-- was on her way to school from home. Two youth were following her on motorcycle and threw acid on her near the Church complex area of the city.

After primary treatment at Narayani Hospital, She was brought to Kathmandu and admitted to Kirtipur Hospital for treatment.

Her condition has improved but not out of danger. Her father and mother taking care her. She repeatedly posing question how is my face. The acid has badly affected on her hand and neck.

According to doctors involved on her treatment said that she is out of danger but it will take months for complete recovery.