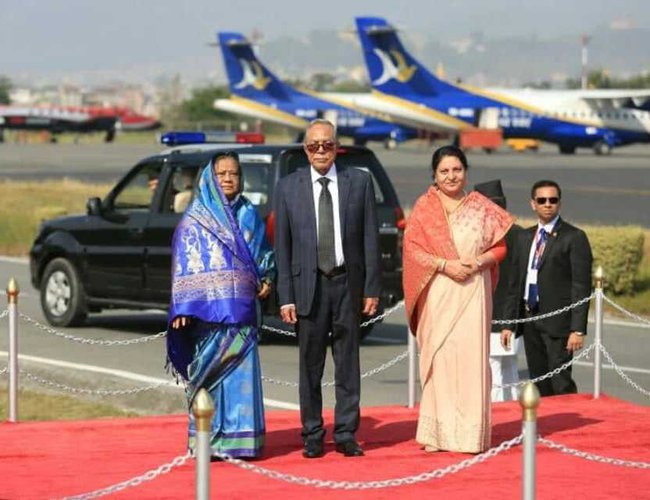 Although Nepal and Bangladesh share so many common interests and both the countries have been working to promote bilateral energy trade, the recent four-day visit of Bangladesh President Mohammad Abdul Hamid is highly important.

To strengthen the bilateral relations, the role of envoy of particular country remains very important. Following the appointment of Mashfee Binte Shams as ambassador of Bangladesh to Nepal and his team in embassy, Nepal-Bangladesh relations have moved to new direction. Nepal and Bangladesh have started dialogue on export of energy from Nepal to Bangladesh.

During his official goodwill visit to Nepal, Bangladesh President Hamid met with President Bidya Devi Bhandari. President Bhandari hosted a banquet in honor of the Bangladeshi counterpart and his delegation.

According to the Ministry of Foreign Affairs (MoFA), similarly, Vice President, Prime Minister, Chairperson of the National Assembly, and Minister for Foreign Affairs called on President Hamid.

Bangladesh President also visited Pokhara and the historical, archaeological and cultural sites in the Kathmandu Valley.

As the member of South Asian Association for Regional Cooperation (SAARC), sub-regional organization Bangladesh, Bhutan India and Nepal (BBIN) and Bay of Bengal Initiative for Multi-Sectoral Technical and Economic Cooperation (BIMSTEC), Nepal and Bangladesh share a lot and have huge potential for cooperation in various fields.

The two countries also have similar position and view on other regional and international organizations.

Despite the close and trouble-free relations between the two countries, exchange of high-level visits has remained very minimal, though top leaders of the two countries frequently meet on the margins of regional and international meetings. The visit by Abdul Hamid is likely to break that tradition. His visit is likely to be reciprocated by Nepal’s President Bidya Devi Bhandari in the near future. To enhance cooperation in common areas, regular interaction at high-level visits is mandatory. 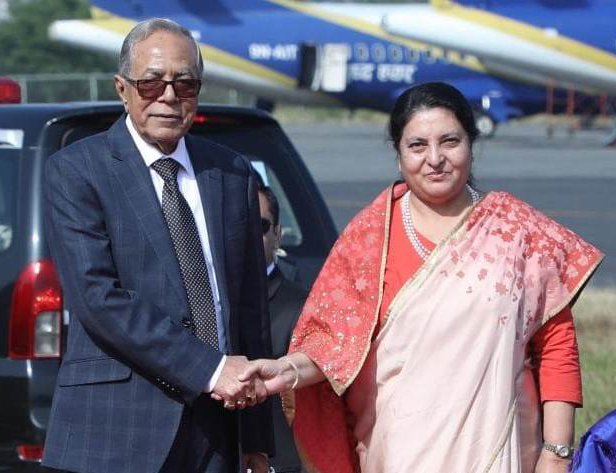 Hydropower sector is one of the key sectors for bilateral cooperation between the two countries. By signing the agreement on energy cooperation, Nepal and Bangladesh have already opened the possible ways for new cooperation sector.

Recently Bangladeshi private companies have shown interest to invest in some hydropower projects in Nepal.

Separated by 22 kilometers of Indian land, the proposed free motor vehicle agreement will improve the connectivity between the two countries.

Although Bangladesh has permitted Nepal to use the port facility in Mongla through Kakarbhitta-Phulbari-Banglabandha transit route, Nepal is yet to utilize it due to land and transport hassles.

The recent visit by Bangladeshi President to Nepal and his interaction with Nepalese prime ministers, officials and politicians in Kathmandu have generated the hope to start a new chapter in relations between Nepal and Bangladesh.

EP DELEGATION Visit For Cause By A Correspondent 11 hours, 46 minutes ago