Instead of siding with and defending the cause of Nepal's business community, which has thrived in getting the maximum short term benefits through the loophole of Indian trade and industry policy, Nepal government needs to stand fairly for fair trade deal. However, the government's recent decision to formally ask Delhi to resume palm oil import from Nepal promotes the moral of fake traders and industrialists. 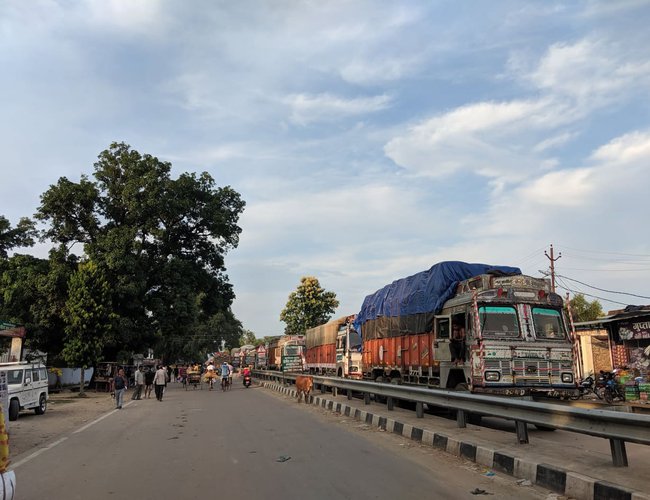 Pressing the government and opposition party to formally request India to ease the restrictions on Palm Oil export, a section of traders have shown their reach in Nepal.

Making huge benefits in the last one year through loopholes of India's economic policy, Nepal's traders knocked on the door following the restriction posed by India on Nepal's Palm Oil import.

Nepalese industrialists have to learn a lesson to do fair trade not to face retaliation from India. Instead of discouraging Nepalese traders from doing fake business, the Government asked Delhi to resume palm oil import from Nepal.

Nepal government in its letter sent to the Indian government has stated that the refined palm oil that Nepali traders have been exporting to India is highly refined and complies with the value addition provision. Ban on import of palm oil is against Nepal-India bilateral trade agreement.

Ministry of Industry, Commerce, and Supplies (MoICS) has said that Nepali traders have been exporting only consumer packs of refined palm oil to India and Nepal is not a bulk exporter of the commodity.

"Our palm oil exports account for a mere one percent of Indian imports of the commodity,” informed Nabaraj Dhakal, joint-secretary at MoICS. “We are hopeful that the ban on the import of refined palm oil from Nepal will be lifted.”

Nepal's export to India has surged unrealistically. Nepal alone exported Palm oil worth over Rs.10 billion in the last six months. However, Nepal is neither the producer of raw materials of palm oil nor has its sustainable base. Nepal exported palm oil worth Rs 8.36 billion to India in the first four months of this fiscal, making it the country’s largest export item. 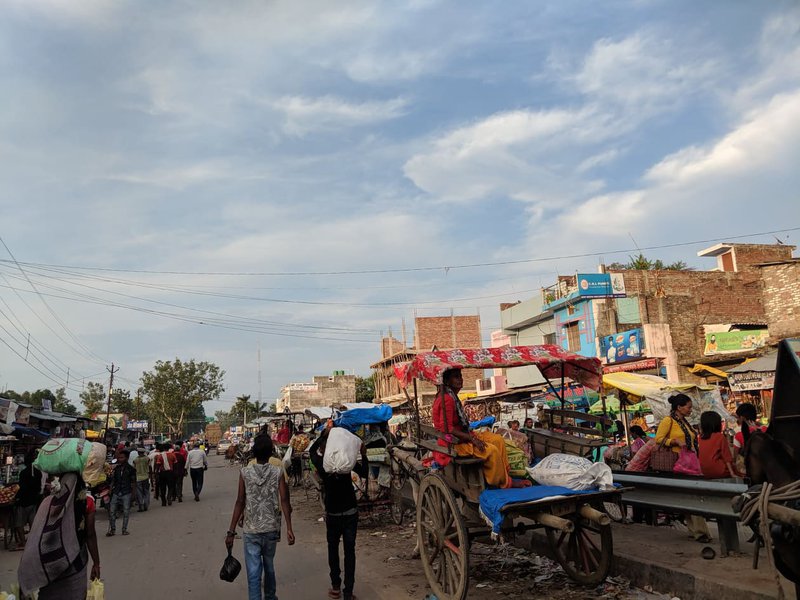 “This was bound to happen because the palm oil trade was exploiting the preferential treatment given to Nepal,” said Posh Raj Pandey, a trade expert, and economist, and president of South Asia Watch on Trade Economics and Environment (SAWTEE). “Traders earning money through tariff differences amounts to exploitation of a trade policy that offers zero tariffs on essential products.”

Given India's ban on Malaysian Palm oil and restriction on Malaysian import, Nepalese traders saw importing raw materials from both the countries and exporting the product with refinery inputs profitable.

Trade experts were closely watching the unrealistic surge of palm oil exports to India and expecting some sort of retaliation. What they thought came true last week when India announced the restriction of import of palm oil from Nepal.

The decision of the Indian government hit the traders and industrialists, who borrowed huge money from banks to invest in the burgeoning industry. India’s ban on imports of refined palm oil could kill Nepal’s biggest export.

India last week imposed restrictions on import of refined palm oil in a move seen as retaliation against Malaysia. But, Nepal faces immediate repercussions in its trade with India.

According to Indian newspapers, palm oil ban aimed at Malaysia, import from Indonesia and Nepal will be ‘fast-tracked.’

"India has banned the import of palm oil only from Malaysia, while shipments from Indonesia and Nepal will be ‘fast-tracked’ on a case-to-case basis," writes The Print, India's online portal.

The Ministry of Commerce and Industry issued a notification, restricting the import of refined palm oil into India with immediate effect. This gave rise to backlash from Indonesia and Nepal, which expressed their discontent with the decision.

An official, who did not want to be identified, said it would not be possible to issue a notification mentioning one particular country, as that would be in violation of global trading rules. He, however, said imports of palm oil (crude as well refined) from Indonesia and Nepal “will not be impacted at all”, with import licenses to be issued on a case-to-case basis.

The official added that these licenses will be granted automatically. Importers dealing in palm oil from Indonesia and Nepal will have to clearly mention the source of import — and if it is from Malaysia, the shipment will be canceled, the sources said.

Ministry of External Affairs spokesperson Raveesh Kumar said importers buying palm oil from abroad needed to keep in mind the “state of the relationship” between India and the other country.

While government officials are worried about the restriction’s impact on Nepal’s export volume, experts say this situation was a long time coming, as traders had been exploiting a zero tariff facility on essential products.

For Nepal, the restrictions could potentially wipe out exports worth Rs 22 billion or more annually, based on current export figures. Last year, Nepal exported processed palm oil, which is not produced in the country, worth Rs10.33 billion, to India.

According to experts, the restrictions will cut traders’ profits and the government’s revenue. For sustainable trade, Nepal, however, needs to promote domestic products and services over products like palm oil, they said.

According to the Trade and Export Promotion Centre, Nepal imported crude palm oil worth Rs 9.94 billion and exported processed palm oil worth Rs 11.5 billion in the first five months of this fiscal year. Exports of palm oil have increased nearly eight times the amount shipped in the same period last year.

Palm oil is only the latest casualty of Indian restrictions. Lentils, chickpeas, betel nuts and many other products have faced a similar fate in the past, as India remains Nepal’s largest market and any restriction can collapse the entire industry.

The betel-nut industry in Jhapa collapsed after India banned imports in 2013. Nepali traders used to export betel nuts to India in volumes larger than what could have been possibly produced in Nepal.

This meant that imports from third countries were being re-exported to the southern neighbor to take advantage of its low customs duty, just like with palm oil. Importing one tonne of betel nuts and re-exporting it to India would provide traders with a net profit of Rs1.05 million due to custom tariff differences.

Jagdish Chandra Pokhrel, also an economist, said that a sharp rise in palm oil exports, without any ‘value addition’, could largely impact Nepali farmers, as it could offset the demand for other Nepali products.

Baikuntha Aryal, secretary at the ministry, said that they have collected suggestions from traders, the ministries of finance and agriculture, the Department of Commerce and Supplies, and the government would soon take a decision on how to deal with the issue.

“As there are diverse views on palm oil exports, we need to build a common understanding first before we go for bilateral talks with India,” said Aryal.

According to Aryal, based on the ministry’s findings, although Nepal doesn’t produce palm oil, it has become a top export product with more than 30 percent of value addition.

But Pandey, who is also the chairperson of the SAWTEE, a consortium of South Asian NGOs working on trade and the economy, refuted the government’s claim.

“Except for transportation and processing, palm oil doesn’t have much value addition. We estimate the value addition to be around 15 percent,” said Pandey. “If the palm oil industry, which has grown to Rs11 billion in five months, had true value addition, it should have generated at least 11,000 jobs.”

According to Pandey, palm oil does not satisfy the requirement of 30 percent value addition to become eligible for the zero-tariff facility. 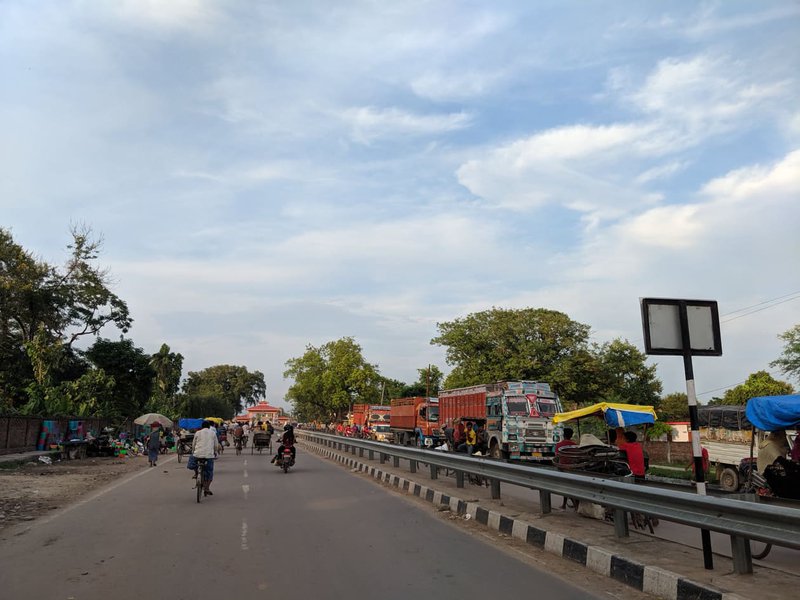 Some traders admitted that there was no monitoring from the government as it was happy to add to state revenue. Traders said they buy crude palm oil at Rs70 per liter and sell it at Rs102 per liter. “After a minimum level of processing, they enjoy the tariff differences,” said Pandey.

“Many processing plants have a large amount of crude palm oil worth millions of rupees in stock,” said Nanda Kishore Rathi, proprietor of the Pashupati Flour and Oil Mills. “We invested in the processing industry with the aim to export. If our products are restricted, it will largely impact us.”

Tariff exemptions on Nepali exports to India under the South Asian Free Trade Area agreement gave domestic traders an incredible advantage. Countries outside of South Asia are slapped with tariffs of 54 percent on palm oil and 45 percent on soybean oil.

Nepali traders import crude palm oil from Malaysia and Indonesia, process and package it here, before sending it to India. Traders were lured towards this business as India had imposed a duty of 40 per cent on import of palm oil from Malaysia and Indonesia, the two largest producers of palm oil in the world. Nepal’s palm oil, on the other hand, was subject to a duty of just six per cent in India as per the spirit of the bilateral trade treaty.

Instead of taking the wrong sides and allowing this kind of practice, the Nepal government has to discourage this kind of temporary industry and work to genuinely industrialize Nepal.

Price Of Gold Goes Down Rs.200 Per Tola By Agencies 1 day, 6 hours ago

WORLD BANK REPORT Nepal’s Growth At 0.6 By A Correspondent 1 day, 13 hours ago 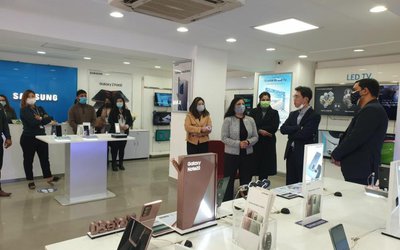