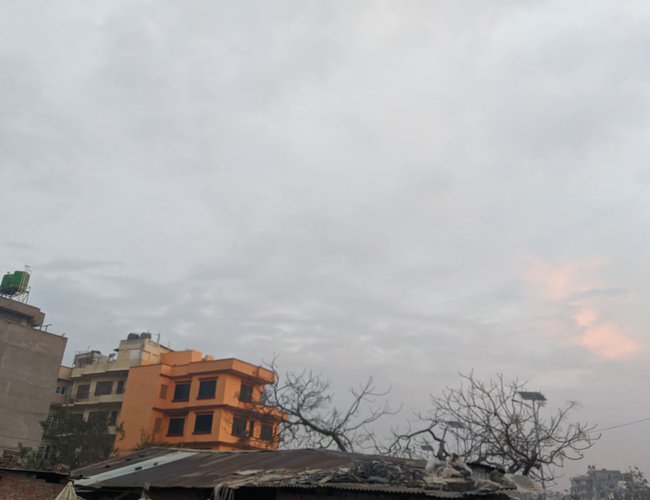 A Western Disturbance is over North Pakistan and adjoining Jammu and Kashmir. An induced Cyclonic Circulation is over Central Pakistan .There will be partly to generally cloudy in the western region along with eastern and central hilly regions.

Another Cyclonic Circulation is over eastern parts of Uttar Pradesh and adjoining Bihar. According to Meteorological Forecasting Division, thick fog will likely to occur at some areas of the terai regions.

Brief Rain And Thunderstorm Is likely At Some Places of Nepal By NEW SPOTLIGHT ONLINE 4 days, 1 hour ago

Partly Cloudy Throughout Nepal, Rain Is Likely In Hilly Regions By NEW SPOTLIGHT ONLINE 5 days ago