MCC Will Be Passed In National's Interests: Co-chair Prachanda

MCC Will Be Passed In National's Interests: Co-chair Prachanda 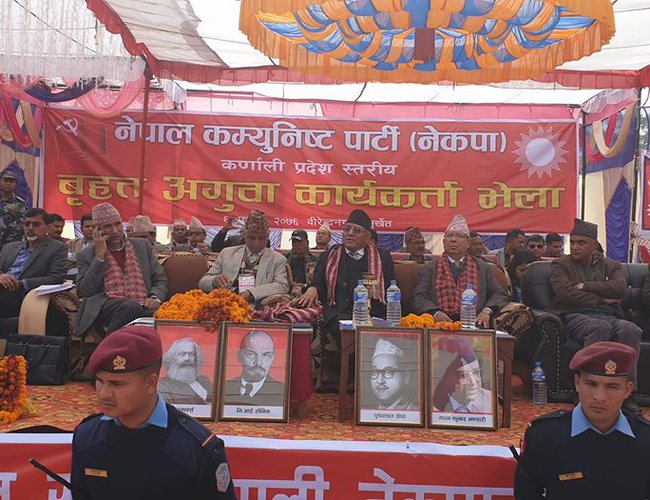 He informed the taskforce's report would be discussed in the party's secretariat and passed in the parliament in a way that it would not affect our sovereignty, national integrity and independence.

He went saying that Nepal government has informed the Indian government in writing about Lipulek, Limpiadhura and Kalapani and would release a new map including Nepal's territory of Lipulek and Limpiyadhura.

The United States In Partnership With ADB Completes Two Secondary Schools In Kathmandu By NEW SPOTLIGHT ONLINE 18 hours, 8 minutes ago

Chanda Led Maoist And The Government To Hold Talks By NEW SPOTLIGHT ONLINE 5 days, 2 hours ago