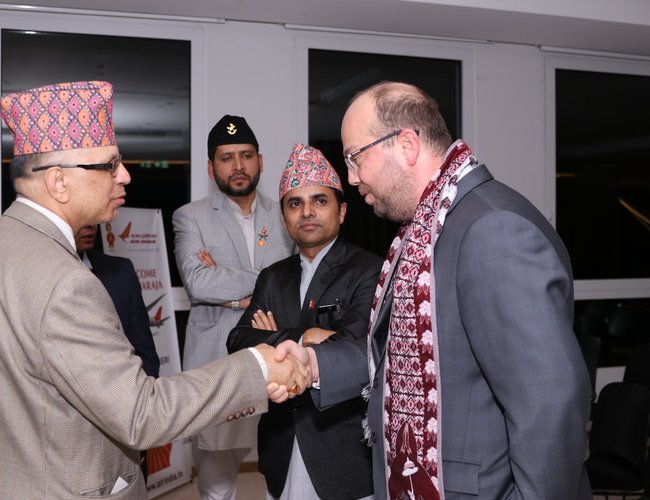 The Embassy of Nepal in Geneva Switzerland, concurrently accredited to Italy, in coordination with the Honorary Consulate General of Nepal and Non-Resident Nepali Association in Italy, organized Visit Nepal 2020 event in Milan, Italy recently.

Speaking on the event, Mani Prasad Bhattarai, Non-Resident Ambassador of Nepal to Italy, underlined the rich combination of nature, culture and adventures that Nepal’s tourism sector offers to visitors around the world all-round the year. Ambassador Bhttarai invited Italian nationals and Nepali diaspora to visit Nepal with their friends and families in 2020 and make Visit Nepal 2020 campaign a success.

During the program, Paulo Nugari, the Honorary Consul General of Nepal, spoke on the various aspects of Visit Nepal 2020, including places of tourism importance and presented the facts and figures related to Nepal tourism.

Marco Confortola, a mountaineer, who has already scaled 11 out of 14 peaks of more than 8000 metres height presented on mountaineering, trekking and other adventurous tourism products of Nepal. while elaborating the lovely and welcoming nature of Nepali people and appreciated local Sherpas’ support for his success in mountaineering.

Similarly, Marci Casareto, editor of MERIDIANI, the oldest and widely read Italian Travel Magazine, presented on different tourism attractions that included religious, cultural, adventurous, natural and various other tourism potentials of Nepal that are worth exploring.

A Volume of Magazine containing about 20 stories on Nepal tourism products and exclusively dedicated to Nepali tourism attractions was distributed at the event. Bruno Zanzottera, a photographer showcased and talked about a number of photographs that he had taken in Nepal, which were reflective of natural beauty and cultural diversity.

On the same occasion, representatives of three airlines namely Turkish Airlines, Qatar Airways and Air India apprised of their flights connecting Kathmandu with various cities of Italy and also assured of their continuous support to increasing tourist flow to Nepal. With their support, a lucky draw was made at the event and three lucky winners were awarded free tickets to travel to Kathmandu. 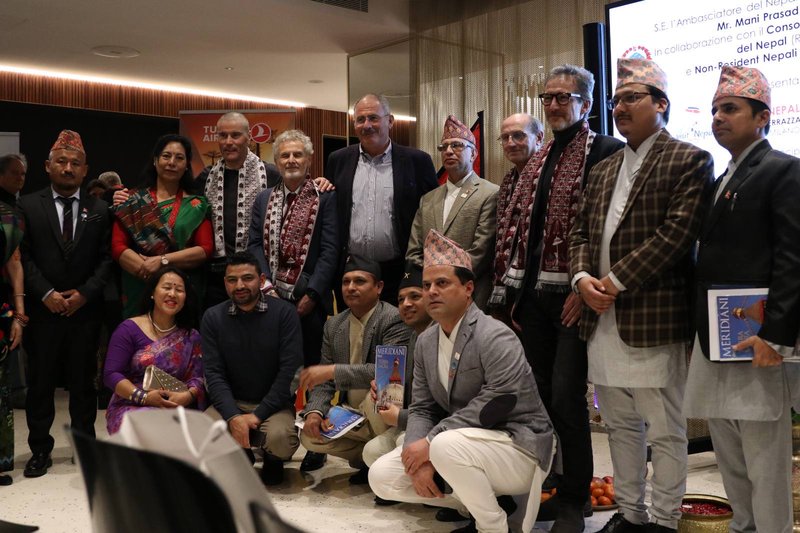 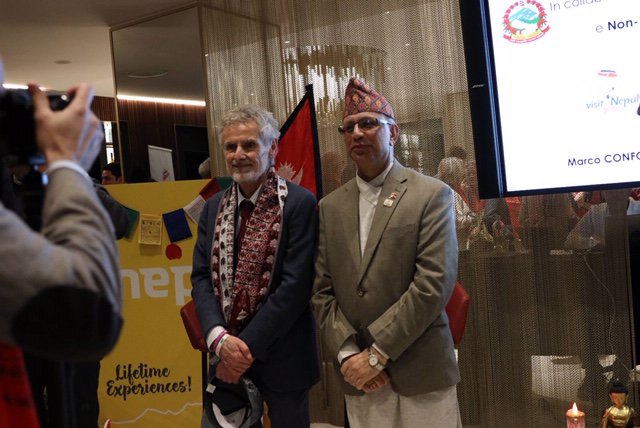 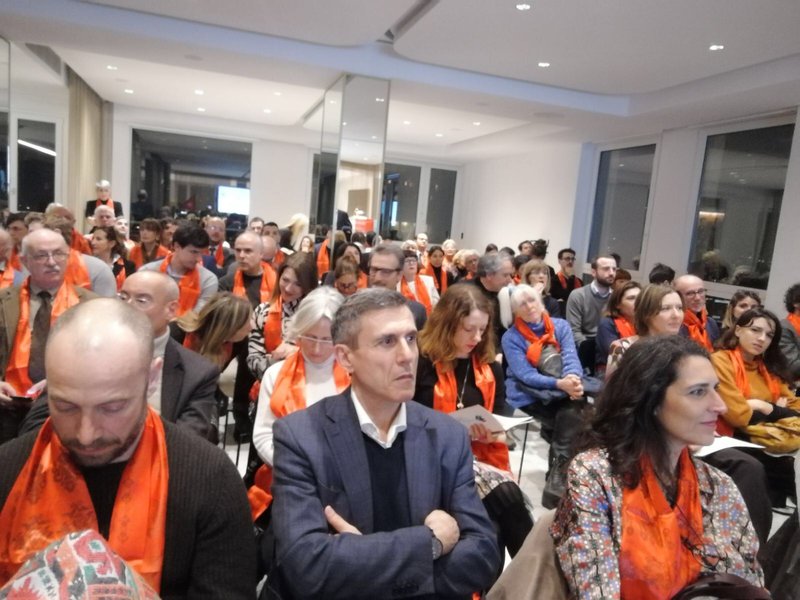 During the event, a video on Visit Nepal was also displayed; and Nepali cultural dances were performed. At the end of the event, Nepali cuisine was served, and tourism promotional materials were distributed to the participants.

According to a press release issued by Embassy of Nepal Geneva, Switzerland, there were altogether 130 Italian guests, academicians, tour operators, friends of Nepal, media persons, representatives of NRNA and Nepali diaspora at the event. Stefano Ardito working as a Journalist and a freelancer conducted the program in Italian language in an interactive format.