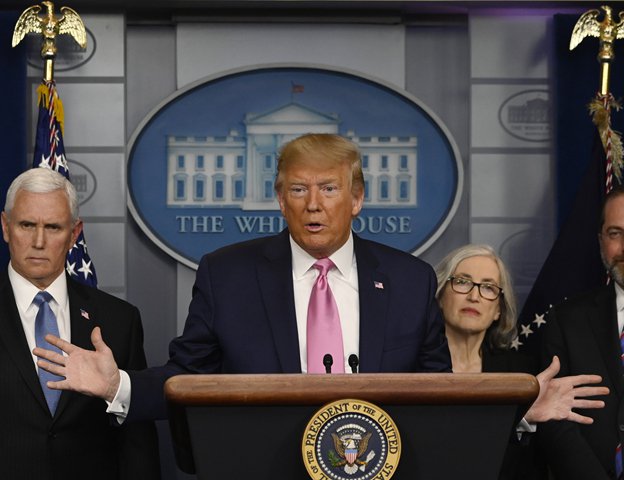 President Donald Trump said that he had been tested himself. The White House later said that the test was negative.

According to BBC, speculation over the president's vulnerability to the virus had grown after he had interactions with least three people who later tested positive.

On Saturday, the 73-year-old told reporters he had had his temperature taken before stepping into the room and it was "totally normal".

The White House is now conducting temperature checks on anyone who is in close contact with the president and Mr Pence.

Meanwhile, the US is to extend its European coronavirus travel ban to include the UK and Republic of Ireland. The ban will begin at midnight EST on Monday (04:00 GMT Tuesday), Vice-President Mike Pence announced.

Mr Pence also announced that free coronavirus testing would be provided for every American."Now it's all systems go," said National Institute of Allergy and Infectious Diseases Director Anthony Fauci on efforts to expand testing.

The US has confirmed 51 deaths linked to the pandemic and 2,488 infections.

More than 132,500 people have now been diagnosed in 123 countries, according to the World Health Organization (WHO). It says Europe is now the epicentre for the virus, which originated in China.

More than 27 million people in America have no medical insurance at all, while tens of millions have basic insurance that often only covers a fraction of the cost of any check-ups or treatment.