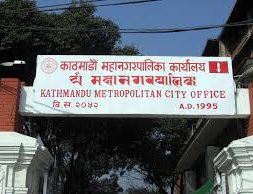 Kathmandu Metropolitan City (KMC) will intensify the testing in its areas. KMC will start the RDT test of those who arrived from foreign countries before the lockdown.

Following the testing positive in two persons living in Sun City apartment, KMC conducted RDT in 39, who contacted with two positive patients, persons of ward no 5. However, all of the report came negative.

Today, KMC conducts test of 51 persons of ward no 4. According ward chair Mohan Bishta, they are testing the people who came from foreign country or have indication.

KMC has been mobilizing Female Community Health Volunteers and collecting the data regarding the visit detail of each household. Those include 46 persons leaving home and five leaving in quarantine at Bagmati School.

Bishta said all the report came negative. KMC has been collecting the data in all 32 wards reading the travel record of those who arrived on February 28. Mayor of KMC Bidya Sunder Shakaya said KMC will conduct test in all 32.

KMC has collected the record of 137 persons. Most of them returned from Dubai. Similarly, detailed about the persons who came from Qatar, France, Australia, Belgium, USA, Kuwait, Jordan, Malaysia, Thailand, Japan, Germany and India. Largest numbers of people are leaving in ward 11.Similarly, there are 11 each in ward 30 and 31, 7 in ward 22, 6 in ward 32, 6 each in ward 21 and 7. Similarly, there are 5 in ward 14, 4 in 19 and other wards have fewer than this.