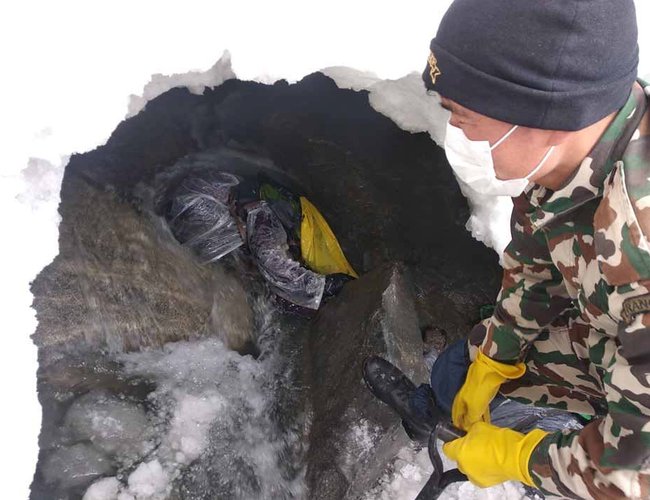 Nepal Army said that its rescue team found last two deceased bodies including a Nepali and Korean on a slope above the bank of Modi River.

Earlier, five other members of the trekking team were found at different intervals of time. Body of Nepali guide Saroj Pariyar was found on February 27, porter Mem Bahadur Tamang on April 11, Two Koreans on April 25 and another Korean on April 27.

Following this recovery, Nepal Army recovered all the bodies of missing Korean and Nepali trekkers. They found the bodies of all seven persons who had gone missing in an avalanche in Kaski district about three and a half months ago.

A team of seven persons including four Korean trekkers and their two Nepali porters and a Nepali guide had gone missing from Hinku Cave area of Annapurna Rural Municipality-11 in Kaski district after an avalanche triggered by heavy snowfall hit the trail route along the Annapurna trekking circuit on January 16.