The Lockdown Had Converted Into The Breakdown: Shekhar Golchha

The Lockdown Had Converted Into The Breakdown 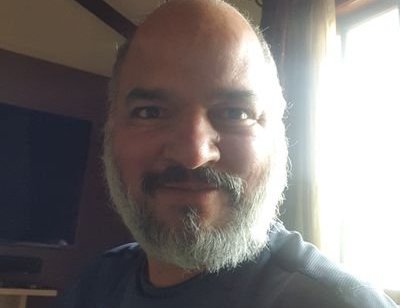 At a time when the government has extended the lockdown till 14 June following the spread of coornavirus cases increased, the Federation of Nepalese Chamber Commerce and Industry (FNCCI) has issued a statement urging the government to ease the lockdown at the earliest.

A team of industrialists from the Confederation of Nepalese Industries (CNI) discussed with the senior officials of the Ministry of Industry, Commerce and Supplies on Monday about ways of easing the lockdown for the businesses and industries across the country.

After a Cabinet decision on 30 May, Nepal has decided to extend the lockdown till 14 June. Suffered heavily from the first lockdown of March 24, Nepal’s industrial and business sector are at the verge of collapse.

"Nepal's lockdown now becomes the world's longest. Does the government not understand the comparative risks?" tweeted Shekhar Golcha, Senior Vice-President of the Federation of Nepalese Chambers of Commerce and Industry (FNCCI) Shekhar Golchha.

Earlier, he had said that the lockdown had converted into the breakdown of the economy. FNCCI's Immediate Past President Pashupati Murarka was prompt to express solidarity with Golchha.

There are despiations and frustrations among the industrialists and business community.

According to a report in The Rising Nepal, the private sector enterprises pay roughly about Rs 25 billion in salaries and wages every month.

"Industries are in a shaky situation; delay in opening up the businesses will incur heavier losses. India has announced to ease the lockdown and open up businesses despite the growing number of cases," said Nirvana Chaudhary, Vice-President of CNI, in an interaction with journalists on Monday.

He said that although there were discussions with the government and the MoICS, measures were yet to be set in order to move a step further in opening up. FNCCI had already expressed its concerns and objections to the recent extension of lockdown criticising the government's single-handed decision. "The government should have consulted with the stakeholders of the economy. We believe that there should be discussions with the concerned stakeholders that are directly connected with the economy," the business body said in a statement the other day.

Stating that life of workers as well as small and medium scale entrepreneurs and common people had slid below the sustainability level, the FNCCI has urged the government to reconsider the period of lockdown in order to facilitate the businesses in resuming operation.

Most of the businesspersons have reached a conclusion that the restriction was not the only option to resolve the crisis. As there are rough estimates that the economy, as per the Nepal Rastra Bank, could witness a loss of about Rs 168 billion in this fiscal year 2019/20 causing the economic growth rate to tumble as low as 2.28 per cent, it is the private sector that had to lose more.

The private sector has felt that instead of strengthening health and security mechanisms and infrastructure and expanding the scope of testing to bring life back to normalcy, the government was wasting time by just extending the lockdown.

"The economy of the country is seriously affected due to the lockdown. There is a 4 per cent loss in the Gross Domestic Product; hundreds of thousands have lost jobs; businesses are becoming sick and people are losing their livelihood," said the FNCCI.

Based on the Report of The Rising Nepal

NEPAL-INDIA ENERGY TRADE A New Beginning By A Correspondent 2 days, 20 hours ago 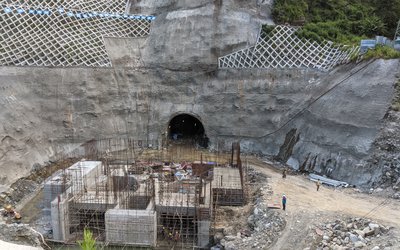 UPPER TRISHULI 3 B HYDROPOWER PROJECT Slow But Steady By A Correspondent 2 days, 21 hours ago