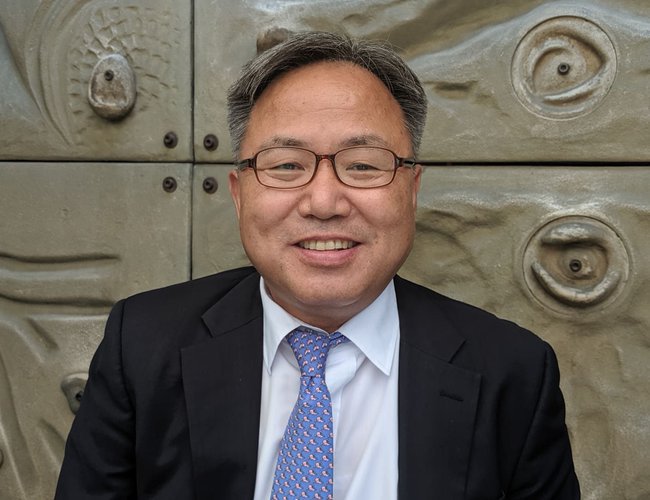 Ambassador Park Young-sik has completed his three years tenure to Nepal, his tenure will be remembered for a long time as a period of major breakthrough in deepening friendship, economic collaboration and Korean investment in Nepal.

He is leaving Nepal with collections of many good memories and his encounters with mountains, culture and people. Although Ambassador Park, a gentle and carrier diplomat, also has some grievances on the governance process, he was able to deal with it.

His predecessor veteran carrier diplomat Choe Young-Jin, who came to Nepal in the most unstable political period, had laid foundations to forward the stalled work. His tenure was marked with political instability and a great earthquake which devasted Nepal. However, he skillfully worked laying the foundation. Ambassador Park Young-sik has pushed all the stalled works complete.

Landed in disputes with one or other local issues for almost 10 Years, the completion of 30 MW Chameliya Hydropower Project and 132kV Blanch-Attariya transmission line was one of the important milestones of Park’s tenure.

Constructed under the soft loan from Korean Exim Bank, the completion of the project was a game-changer for the far-western province of Nepal. Along with the project, the 132 kV transmission line is opening new opportunities to explore more hydropower projects in the far west.

Signing Power Purchasing Agreement and Financial Closure of Upper Trishuli 1 Hydropower Project was another milestone of Park’s tenure in Nepal. Stalled almost a decade due to PPA and other issues, the first Nepal-Korea joint private sector hydropower project signed financial closure last month and enter into the construction phase.

Similarly, the completion of a technical school in Butwal and hospitals in Tikapur, Jumla and Nuwakot under the support of Korean governments were some of the memorable works.

Although Nepal and Korea have very different levels of economic development and level of prosperity, they do have some common geographical realities. Ambassador Park also organized various programs during his tenure to share the things.

From next year, Nepal will have surplus electricity. Having known for its high-level electric vehicle technology, Nepal can gain a lot from South Korea to transform Nepal’s transport sector from fossil dependent transport to clean energy-based transportation.

As Nepal is searching for the work opportunity for Nepali young, Korea agrees to increase Nepalese workers under the Employment Permit System (EPS).

As the Government Republic of Korea has Appointed Park Chong-suk as a new ambassador to Nepal, one can expect a new height in the bilateral relations between Nepal and Korea. He previously served as the dean of Planning and Assessment at the Korea National Diplomatic Academy Yonhap News Agency Reported.

As the ambassador Park Young-sik is returning home shortly following the completion of his three years tenure and will take his new position in the ministry, Nepal-Korea relations will move further under the leadership of his successor.

EU And Nepal To Close The NEARR Facility By NEW SPOTLIGHT ONLINE 5 days, 6 hours ago