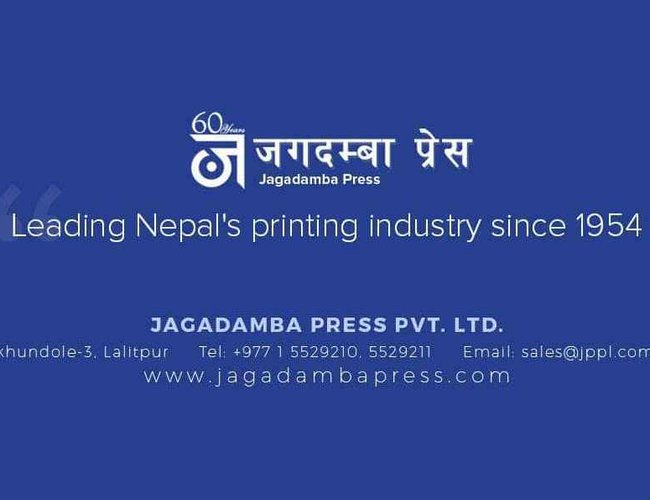 Jagadamba Press, Nepal’s leading printing industry, was closed reports Dessanchar.com. Sixty-six years old press was formally shut down two weeks ago. The management provided salary up to Ashar and other benefits to 40 employees of the press.

Proprietor of the press Kanak Mani Dixit announced to close the press inviting all the employees in the first week of Baisakh at its office in Hattiban reports the online. Dixit told the employees that the press has been in loss since last 10 years which forced them to shut down.

Sixty-six years ago, renowned historian and linguist late Kamal Mani Dixit started the press 66 years ago in 1954. The press used to have name and fame in Nepal.

Jagadamba Press provided professional printing services in Nepal and distinguishes itself as a major full-service partner in high-value printing and print finishing. The company aimed at sustainable growth and profitability for continuous investments in technology, people and skills.

The closure of press is a major setback in Printing industry in Nepal and raised the security of investment in the sector.