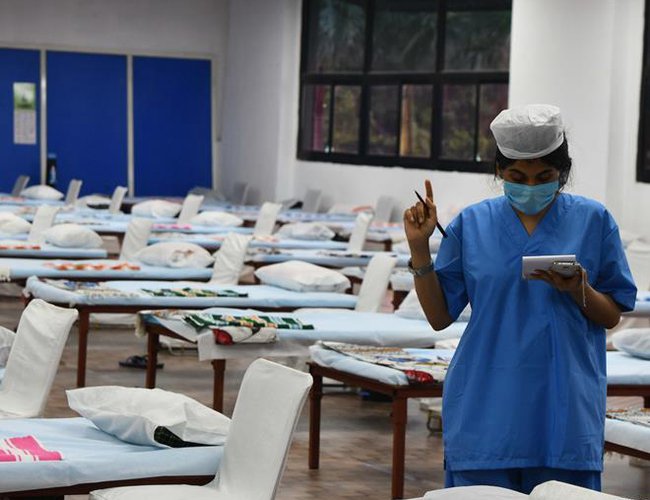 India reported a record 26,506 new coronavirus cases on Friday as authorities re-imposed lockdowns in its most populous state and in an industrial hub, home to automakers, drug factories and brewers.

The new cases pushed India's tally to nearly 800,000 cases, the world's third-biggest outbreak, behind only the United States and Brazil in confirmed infections.

There have been more than 21,000 deaths in India since the first case was detected there in January, federal health ministry data showed on Friday.

The capital, New Delhi, along with Maharashtra state, home to the financial capital of Mumbai, and the southern state of Tamil Nadu account for about 60 percent of its cases.

There are now over 12 million confirmed COVID-19 cases globally, with over 550,000 fatalities and more than 6.6 million recoveries, according to the latest tally from Johns Hopkins University.

The World Health Organization (WHO) reported a record daily increase in global coronavirus cases, with the total rising by 228,102 in 24 hours.

Iraqi legislator Ghida Kambash died after contracting the novel coronavirus, becoming the first member of Iraq's parliament to succumb to the virus as its spreads across the country.

More than 12.5 million people around the world have been diagnosed with the coronavirus disease, known as COVID-19, and more than 559,000 have died, according to a tally by the Johns Hopkins University. More than 6.8 million patients have recovered.