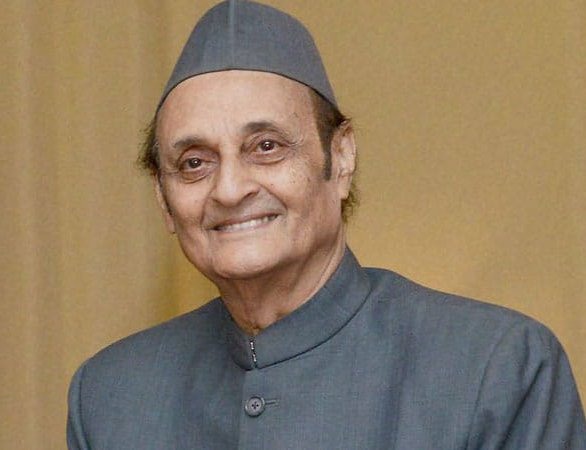 Former minister of India and renowned scholar Dr. Karan Singh criticized Nepalese PM Oli’s recent statement on Sri Ram saying that it was a bizarre statement. He urged people of both the countries to take necessary step to recreate the friendlier old ties between our two countries.

“The bizarre statement by PM Oli that Sri Ram was in fact born in a village in east Nepal and that our Ayodhya is only artificial concept created by India is indeed mind boggling. This outrageous statement will have hurt the sentiments of billion of Hindus living not only in India and Nepal but also around the world. The statement could have been dismissed as the gymnastics of a distracted mind except it come fast on the heels of Oli’s unfortunate unilateral act regarding territorial dispute with India. It would appear that he is trying to do whatever he can even going to the extent of an abused statement regarding Ayodhya and Sri Ram to widen the distance between India and Nepal. Right thinking people in both the countries should be aware of this ominous policy and do whatever is possible to recreate the friendly age old ties between our two countries.” 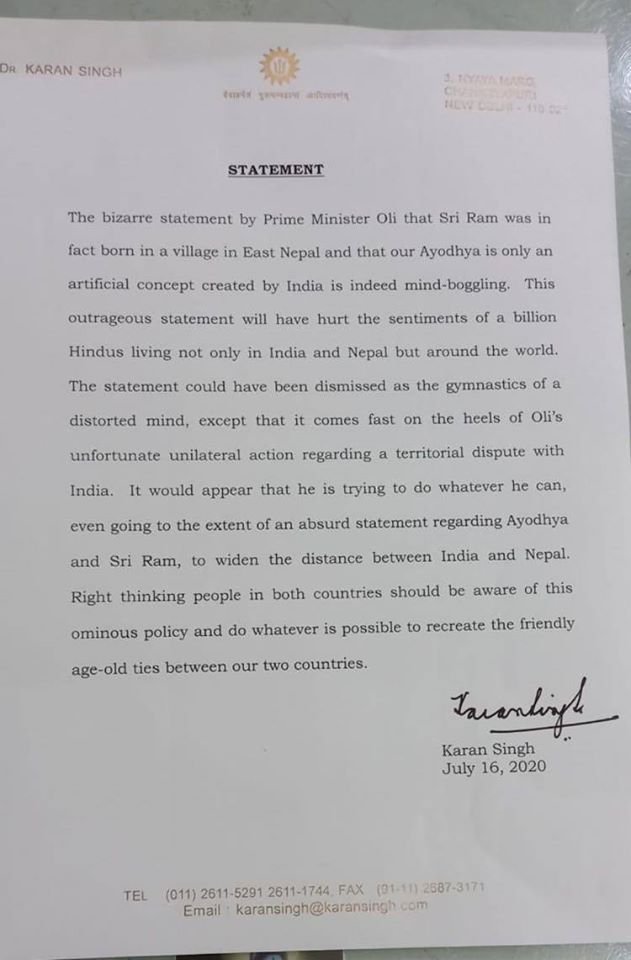 Nepal Is Committed To End All Kinds Of Discrimination: Foreign Minister Gyawali By Agencies 5 days, 7 hours ago