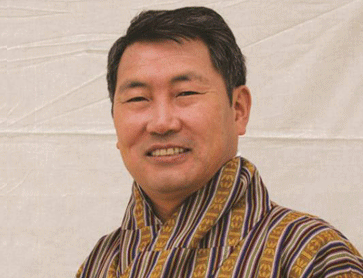 “I am delighted to be selected for this very important position that would give me an opportunity to pursue my passion to work for the HKH community,” said Dr. Gyamtsho.

“We are pleased to announce that Dr. Pema Gyamtsho has been appointed as the new Director General of the International Centre for Integrated Mountain Development (ICIMOD). Dr Gyamtsho will take up the role on 15th October 2020. He will succeed Dr David Molden at his retirement from the current position as Director General, in which he has served for nearly a decade with his depth and breadth of intelligence, wisdom, and gracious people-oriented leadership,” said Gyamtsho.

Dr Zhang Yaping, Vice President Chinese Academy of Sciences (CAS) and Chairperson, ICIMOD Board of Governors said that, “I speak for other members of the Selection Committee and the Board of Governors in saying that we have been honoured to review the deeply impressive range of candidates for the position and are delighted to welcome Dr Gyamtsho as ICIMOD’s new Director General. During these tumultuous times, we are confident that Dr Gyamtsho will bring to bear his keen acumen, gracious leadership style and ambitious vision for ICIMOD’s growth into the future”.

Dr Gyamtsho brings to the position a deep passion for and commitment to the people of the HKH region, who are the region's greatest asset. He also brings to the position Cabinet-level leadership experience in environmental management, having served the Royal Government of Bhutan for over three decades in areas deeply relevant to ICIMOD working at the science-policy-practice interface in natural resources management and planning; rural development; agriculture; forestry; livestock and food production; rangeland management; livestock development; participatory approaches; research and extension institutional building; climate change and environmental protection; biodiversity conservation; and organic farming. Between 2002 and 2006, he served at ICIMOD, initially leading efforts in policy and partnerships and then for the regional rangeland management work.

Dr Gyamtsho holds a PhD in Natural Science from the Swiss Federal Institute of Technology in Zurich.

Dr Zhang Yaping said that, “On behalf of ICIMOD’s 8 regional member countries I welcome Dr Gyamtsho to his new role and look forward to working with him. We cannot let this current pandemic deter us from a clear focus on the climate crisis and in this way, we are confident that Dr Gyamtsho’s vision and dedication will add strength to strength and lead the institution into a future where prosperity permeates across the region”.

Nepal Is Committed To End All Kinds Of Discrimination: Foreign Minister Gyawali By Agencies 2 days, 1 hour ago