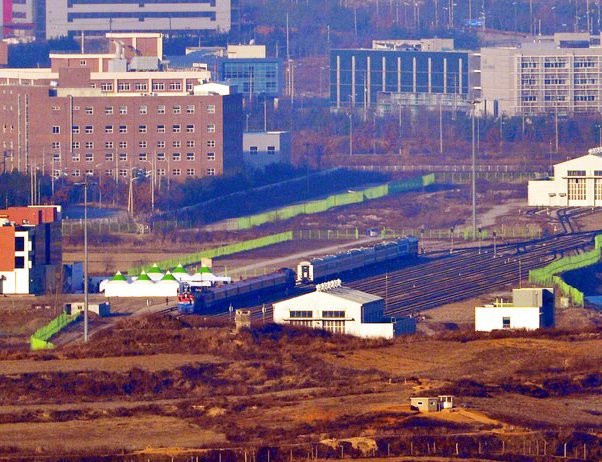 "The military is looking into the detailed routes, seeing high chances of a certain person's border crossing into the North," Yonhap News Agency reported, citing the official.

The remarks came after the DPRK reported its first suspected case of COVID-19 in Kaesong City, a person who illegally returned to the country.

There are now over 16 million confirmed COVID-19 cases globally, with over 644,000 fatalities and more than 9.2 million recoveries, according to the latest tally from Johns Hopkins University.

Beijing had recorded no new domestic infections for 20 straight days, and a total of 293 patients have recovered from the local cluster infections so far.

The U.S. has recorded over 4.1 million infections and over 146,000 deaths. President Donald Trump has canceled part of the Republican National Convention set to take place in Florida in August, due to coronavirus concerns.

Brazil's President Jair Bolsonaro said Saturday on Twitter that he has tested negative for the coronavirus. The diagnosis follows four previous positive results.

Brazil's COVID-19 death toll climbed to 87,004 on Sunday after 555 more patients died from the disease in the previous 24 hours.

In the same period of time, 24,578 new cases of infection were detected, bringing the total caseload to 2,419,091 since the virus outbreak in the country.

According to the health ministry's latest pandemic report, 1,634,274 patients have recovered from the disease.

Brazil has the world's second-largest outbreak after the United States, in both the number of cases and number of deaths.

Sao Paulo state, where Latin America's first case was detected on February. 26, is the hardest hit Brazilian state, with 21,606 deaths. In second place is neighboring Rio de Janeiro, with 12,835 deaths.

Hospitals in the U.S. states of Florida, Texas and California are being stretched to capacity following a surge in COVID-19 cases.

But other states including Illinois, home to the city of Chicago, is so far managing to keep numbers at a more controllable level. Much to the relief of front line medical workers there