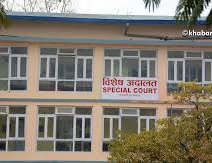 With a landmark verdict of the Special Court, over a decade old efforts of witch-hunting on presumptive and alleged scandal indicting Nepal’s three prominent figures in Australian printed polymers notes came to an end.

This landmark decision was delivered by the Judges of Special Court chief Shiva Raj Adhikari, Balendra Rupakheti and Shanti Singh Thapa. This was also thoroughly looked into by a set of judges led by former chief of special court Baburam Regmi who was transferred to high court a few months back.

Scandalized through Australia’s newspaper Sunday Morning Herald’s Investigative story in 2006, the polymer notes issue then reproduced by Nepal’s leading media forcing Commission of Investigation of Abuse of Authority (CIAA) to initiate the investigation.

The investigative reporting produced by Australian newspaper was immediately reproduced here without verifying the process and legal tender in Nepal soon after the scandal came out in Malaysia, Vietnam and Indonesia.

Although Australia’s Federal High Court in November 2018 ordered a permanent stay on charges against four other former banknote executives and closed the file, Nepal’s CIAA prepared a case and filed it in Special Court in December 2018. 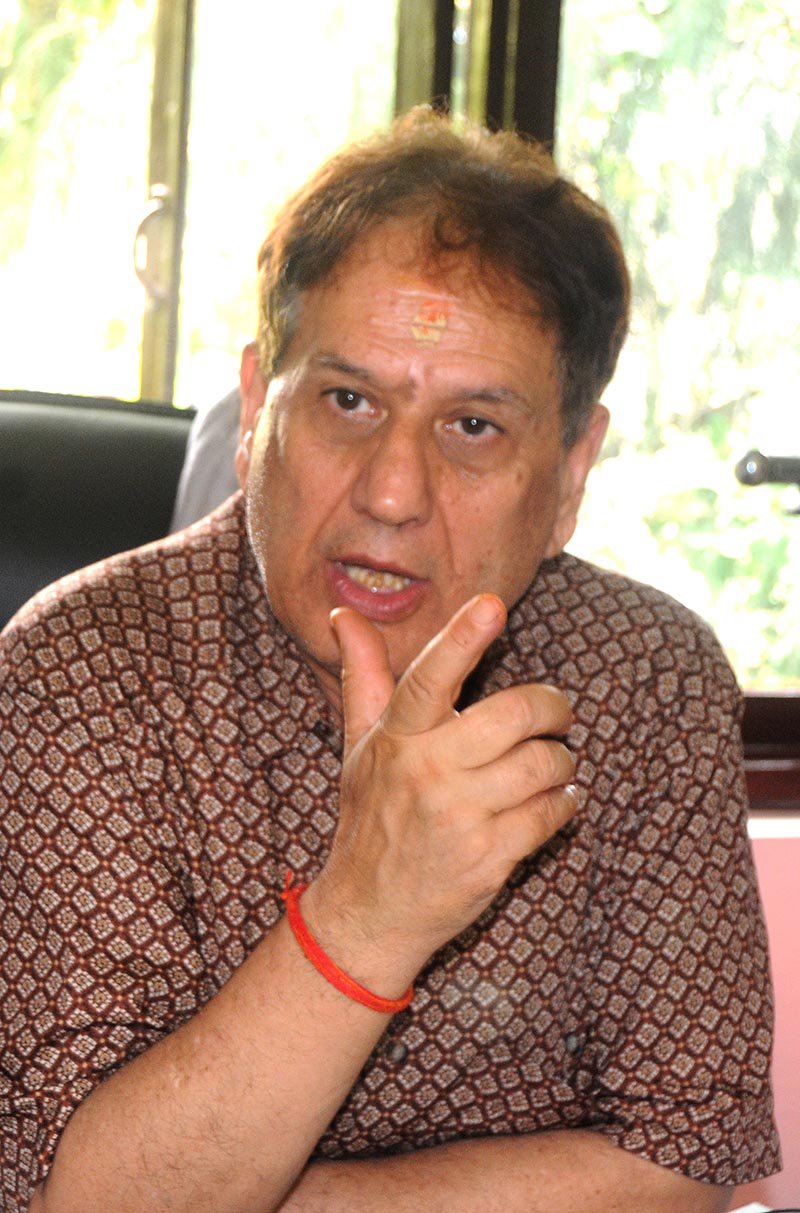 Australian Federal High Court found that the Australian Criminal Intelligence Commission (ACIC) had acted “unlawfully” when it used its special coercive powers to help AFP investigators question the four suspects, giving the prosecution an unfair advantage in the case.

With a complaint filed by a leading media house, CIAA opened the pending case and ultimately filed the case in Special Court on 20 December 2018. The motive of CIAA was suspicious as it filed the case one month after Australia’s High Court Decision to close it permanently.

The court in its verdict dismissed the charges of CIAA saying that there lacked evidences to prove the three individuals’ involvement in the irregularity on polymer note printing case.

Picking up from the pending lot, CIAA filed the case against them at the Special Court in a very controversial manner. Although the Special Court gave justice to Dr. Rawal and two eminent personalities Pande and Paudyal, their personal and psychological suffering and pain is difficult to compensate for.

The court has dismissed the charges made by CIAA which claimed that the officials under the influence of local agent excluded the commission amount to dodge revenue.

CIAA argued Dr. Rawal and two others had their alleged role in awarding the contract of printing ten rupee polymer notes to Note Printing Australia (NPA) Limited 18 years ago.

With lack of evidences, Australia’s Federal High Court ordered a permanent stay on charges against four other Australia’s former banknote executives allegedly involved in the case.

Along with Australian citizens, Nepal’s prestigious persons had to suffer due to unnecessary pressure from the fault of investigation agencies and faulty investigation in Australia.

Unlike other countries of the region, Nepal has very strong and powerful paper printing lobby. Conversion from paper to polymer means the loss of millions of rupees of commission.

As Nepal’s paper note printing is a multi-billion business and has long been dominated by paper notes, there are very strong business lobbies in Nepal behind the paper notes. Governor Dr. Rawal’s decision to move to polymer was a big setback to the paper notes agent. Although the life of paper note is in average 10 years, 10 rupees polymer note, which is still in circulation in limited number proved its long life.

“The Age is now also free to report a serious blunder involving the Australian Criminal Intelligence Commission (ACIC) and the Australian Federal Police in the early stages of the investigation which led to the High Court this month ordering a permanent stay on charges against four other former banknote executives,” wrote The Sunday Morning Herald, Australian Daily, which took the issue with a support from whistleblower Brian Hood, former bank staff.

Although the case was almost 12 years old and sent to pending in 2009 following intense investigation, the case was revived in 2013 by Lokman Singh Karki and Deep Basnyat. Both of them quit the post and are now facing scandals. However, the case was filed by the current CIAA office bearers.

Although the deal was made with a cabinet decision in Nepal following all legal processes and procedures, the witch-hunting began after the corruption scandal was abruptly blown in Vietnam, Indonesia and Malaysia. With the pressure from Australian Federal Police (AFP), CIAA started the investigation.

The decision to print Polymer Notes was taken under the recommendations of five different committees of NRB, board of directors, Ministry of Finance and finally the cabinet.

Australian police justified its argument for investigation in Nepal on the ground that if there was a corruption on the printing of Polymer notes dealing in Vietnam, Malaysia and Indonesia, there must be something wrong with Nepal as well.

Whether with the pressure from AFP or her personal one, Australian Ambassador to Nepal Susan Grace too unnecessarily took initiatives, lobbying with different stake holders to open the file in 2103. She also arranged official visit to CIAA chief, attorneys and judges.

Ambassador Susan lobbied at the Judiciary, Attorney General’s Office, and CIAA to open the case. She visited those offices to influence them without informing Ministry of Foreign Affairs. “Ambassador Susan’s conduct was” unbecoming of an ambassador “ on this issue,” said a government official at that time.

In its charge sheet filed at the Special Court, the anti-graft body has claimed Rs 9,109,889 from each of those accused of involvement in the note printing scam. They are accused of bribing Note Printing Australia to print substandard notes and marking up the cost price in order to pocket the difference

CIAA said that it was found during investigations that the bank officials had received a sample of the notes printed from the Australian firm before a final decision was made by the bank.

As there is no substantial evidence of any transaction, CIAA said bank officials and the note printing company had exchanged several rounds of correspondence through email before finalizing the deal.

Although the Bank officials and local agents are accused of arranging a Bangkok junket for journalists covering banking affairs with the intent of preventing negative media coverage of the faulty note printing tender, the CIAA entertained the complaints filed by another media house.

Who Will Pay Compensation?

As all three were acquitted by the court, who will pay them for their suffering of psychological and mental pain is unknown. Although the corruption scandal had started from Australia, Nepal’s leading personalities like former governor Dr. Tilak Rawal, who has a fair and respected standing, had to suffer. They suffered mental torture and physical and psychological pressure. 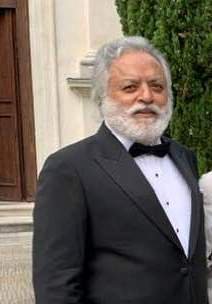 Similarly, Pande, a local partner of Australia's Snowy Mountain Engineering Corporation, which had won a contract to develop a $2 billion hydro-electric dam in Nepal, is a person of repute. He is a son of late Bhim Bahadur Pande, a person with high regards who spent almost 40 years in his career serving Nepal’s civil service working in diplomatic missions.

Honored by Australian government for his contribution promoting the friendly relations and business relations between Nepal and Australia, Pande’s public reputation was badly damaged by this scandal.

Paudyal, who is a career employer of Nepal Rastra Bank, has his own reputation.

The court found that the ACIC had acted “unlawfully” when it used its special coercive powers to help AFP investigators question the four suspects, giving the prosecution an unfair advantage in the case.

“The ACC [as it was known at the time] had not conducted a special investigation into the matters the subject of the AFP investigation,” a statement by the High Court noted. “[The ACC] acted at all times simply as the facility for the AFP to cross examine the appellants under oath for the AFP’s own purposes.”

Despite the guilty pleas, not a single person charged in Australia has been sentenced to jail for crimes which can attract up to 10 years imprisonment.

Now the case is over in Nepal. In Nepal, a media house played a whistleblower’s role. However, former Securency sales executive James Shelton, and former NPA company secretary, Brian Hood, sacked after raising questions were two whistleblowers in Australia,

Reception of the case is possible only after adequate evidences. Before filing the case, they need to summon persons for interrogation. However, the CIAA filed the case.

Although this chapter of witch-hunting came to an end following the verdict of Special Court, the issue now is who will pay the compensation for psychological trauma, torture and damage of individual prestige suffered by three eminent figures.

JICA To Support Improvement Of The Inclusive Sanitary Environment in Pokhara By NEW SPOTLIGHT ONLINE 4 days, 22 hours ago

The United States Provides Additional Funding Support to Nepal Amidst the Second Wave of COVID-19 By NEW SPOTLIGHT ONLINE 5 days, 2 hours ago