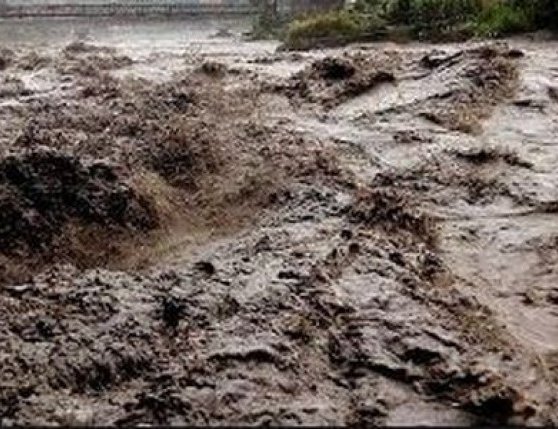 The disastrous flood that occurred in Dhorpatan municipality of the district on September 2 inflicted a big loss to the Salkhandi-Dhorpatan road section as a national priority project reports RSS. The project sources told national news agency that the track opening would complete in 20-25 days.

According to RSS, the flood-fed Bhuji rivulet caused immoderate damages to human settlement along the banks at wards 5,6,7,8 and 9 and also took away around 10-km road section. It may be noted that the landslide occurred at Surtiwang nearby Dhorpatan Deurali – the only wild hunting reserve of Nepal blocked the rivulet and triggered a flood.

It had mostly caused loss of lives and properties in ward 9 of the municipality. According to the municipality sources, the swollen rivulet swept away Saljhandi-Dhorpatan corridor road as well as 11 micro hydropower projects, two schools, a health post and 11 suspension bridges.

With the road section washed away, the targeted relief and rescue operations have also been affected. Relief materials received from different quarters have been stuck in Burtibang when reaching out relief to the disaster-hit areas, which is almost 121-km away from the district headquarters, was not possible.

Mayor Dev Kumar Nepali shared that works are progressing in full swing to immediately open up the obstructed road in collaboration with the Saljhandi-Dhorpatan road project.

“The flood washed away road sections in many areas. The rivulet eroded most of the road parts along the banks”.

Mayor Nepali said, adding though it was not possible to immediately mend the roads in flood-ravaged area efforts are underway to connect the routes.

The project has also taken swift actions for road repairs. It has designated a construction company for the same in the presence of people elected representatives following an on-site monitoring of the area reports RSS.

FLOODS AND LANDSLIDES Monsoon Havoc By A Correspondent 1 week, 1 day ago

Nepal Army Launches Rescue And Relief Operation To Save People From Landslide And flood By NEW SPOTLIGHT ONLINE 2 weeks, 5 days ago

The Death Toll From Monsoon Flood Reaches To 51, 60 Missing And 35 Injured Across Nepal By NEW SPOTLIGHT ONLINE 2 weeks, 5 days ago 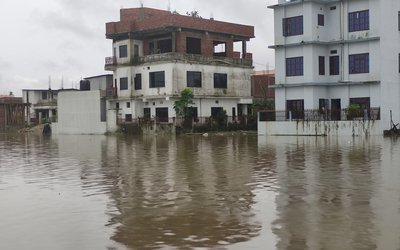 35 Houses Waterlogged In Jhapa By Agencies 3 weeks, 3 days ago