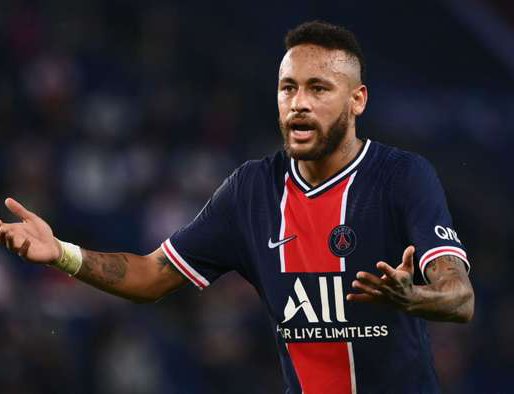 Neymar has received a two-match ban for his sending off against Marseille in Sunday's bad-tempered Classique, while the LFP has also revealed its intention to investigate claims Alvaro Gonzalez racially abused the Brazilian during the match.

Neymar was one of five players sent off during injury time at the end of Marseille's 1-0 win over Paris Saint-Germain in the latter's Ligue 1 return.

Florian Thauvin scored the only goal of a tense match filled with foul play and clashes between players, and which boiled over in the final minutes. Goal

In Neymar's case, he was caught by VAR striking defender Gonzalez across the back of the head, an infraction which means he misses his side's meeting with Metz on Wednesday as well as one further match.

The LFP furthermore included a one-match suspended ban in his punishment, which will come into force if the ex-Barcelona star indulges in more foul play in his first game back once the sanction is completed.

Paredes received an identical sentence to his team-mate, while Kurzawa, who kicked out at Amavi, was hit with a six-match ban.

On the Marseille side, Benedetto will sit out one match, while Amvai was suspended for three after throwing a punch in the melee.

Following the match, Neymar accused Gonzalez of directing racist comments at him, claiming that he was called a "monkey son of a bitch" and that "my only regret is not hitting that asshole in the face" in a string of social media posts on Sunday evening.

The LFP will investigate those allegations against the Spanish defender, as well as separate claims filed by Marseille that PSG star Angel Di Maria spat at opponents.

Both players will now be looked at by the body's Disciplinary Committee, with no further comment offered in the LFP's statement released on Wednesday.

PSG went on to endure more disciplinary strife as, without their three suspended players, they suffered yet another red, with Abdou Diallo ejected in their clash against Metz.

Tiger Woods Seriously Injured In A Car Accident By Agencies 1 week, 1 day ago