Citizens Along The Border Areas Could Save Nepal’s Territory: Home Minister Thapa

Citizens Along The Border Areas Could Save Nepal’s Territory: Home Minister Thapa 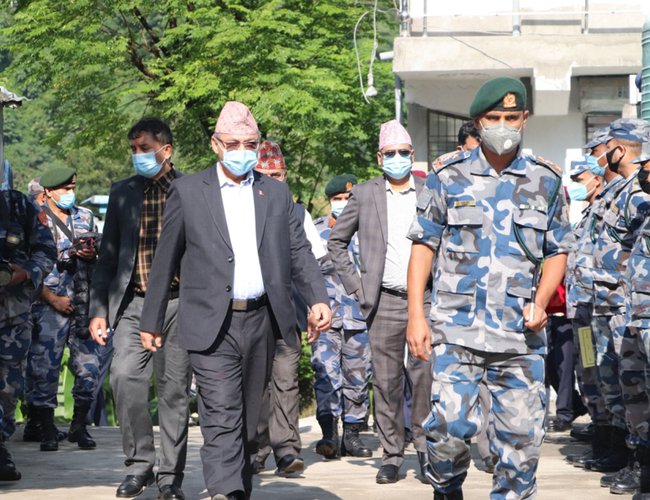 At a press conference organized at Khalanga, Home Minister Thapa said, "The government alone could not protect the border. Citizens along the border areas could save the territory in a further effective manner".

He further noted that border security could be strengthened by properly safeguarding and managing citizens residing along the border areas.

According to national news agency, the northern bordering area of Darchula is of strategically important, he said, adding that the government has laid emphasis on the area which shares borders with world's two landmasses, India and China. The government has prioritized the development of the area realizing its vast tourism potentials, he further noted.

Minister Thapa also went on saying that the government would promptly take a decision to set up an immigration office in the territory and also install further telephone line in Byas for effective communication reports national news agency.

"The border administration office based in Byas would be brought into operation without any delay", he said pledging to depute permanent staff in the area.

Nepal Should Prepare In Advance To Be Eligible For GSP Plus: Ambassador Nona Deprez By NEW SPOTLIGHT ONLINE 3 days, 5 hours ago