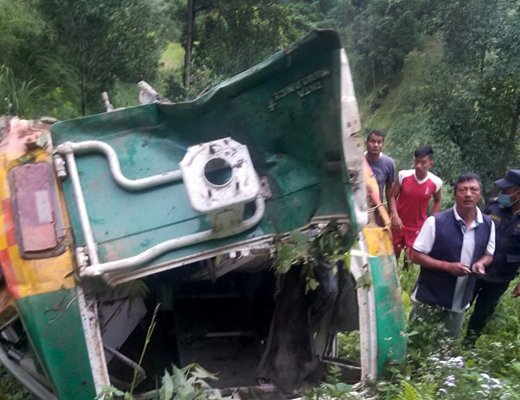 Spokesperson of Makawanpur District Police Office Indra Bahadur Rana said that two persons died on the spot while next one in Hetauda Hospital after a sumo van (Na 1 Ja 4106) met with an accident.

According to RSS, police said that said that a deceased has been identified as Devi Kumari Giri, 25, from Jhapa district. Of the three, identity of two is not confirmed yet.

Police stated that health condition of four of the injured persons is critical and receiving treatment at Hetauda Hospital and Chure Hill Hospital.

The van on its way to Kathmandu from Hetauda fell some 100 metres off the road near Chisapanigadhi, according to police.