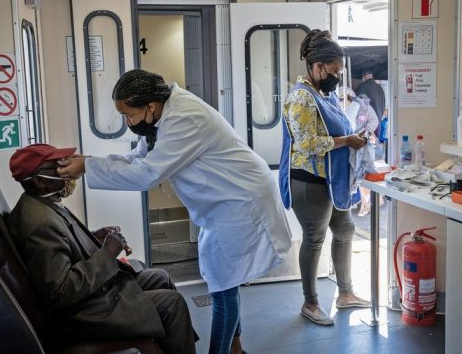 Confirmed COVID-19 cases have surpassed 42.5 million globally, with over 1.1 million fatalities and more than 28.6 million recoveries, according to the latest tally from Johns Hopkins University.

The Chinese mainland reported 15 new cases from overseas on Saturday. Kashgar in China's northwest Xinjiang Uygur Autonomous Region is on alert after reporting one asymptomatic case on Saturday, a local female villager. People who have come into close contact with her are now quarantined and will be tested.

Colombia on Saturday became the latest country to surpass the one million mark of COVID-19 infections. Currently, eight countries have over one million cases, according to Johns Hopkins University.

Sao Paulo's Butantan Institute plans to initially import Sinovac's vaccine, which is in the third phase of trials conducted with the help of a local university and not yet approved for wider use in Brazil. Butantan would ultimately manufacture the vaccine if proven effective.

Brazil's Sao Paulo Governor Joao Doria said earlier on Friday that Anvisa told him it will not bow to political pressure over the approval of potential coronavirus vaccines.

According to the Brazilian state governors, the country will include China's Sinovac vaccine against COVID-19 in its national immunization program.

Joao said after the health ministry meeting that the federal government has agreed to buy 46 million doses of the Sinovac vaccine.

The program could begin in January 2021, he said, which could make it one of the first immunization efforts against the novel coronavirus in the world.

Sao Paulo State Health Secretary Jean Gorinchteyn said the vaccine appeared to produce protective antibodies. The state hopes to obtain regulatory approval for CoronaVac by the end of the year to start inoculating its population early in 2021, in what could be the first vaccination programs in the Americas.

In addition, another Brazilian pharmaceutical company was reported on Friday to have already signed an agreement with the Russian Direct Investment Fund (RDIF) to produce Russia's Sputnik V vaccine against COVID-19 starting in the second half of November.

The company said it was bound by a confidentiality agreement not to give any technical or scientific details. It still must obtain approval from Anvisa.

With more than 5.3 million cases of coronavirus reported in Brazil, the third worst outbreak after the United States and India, the South American country has become a testing ground in the race to find a vaccine.

President of the Republic, Abdelmadjid Tebboune, during the government-walis meeting, For a new Algeria, Sunday February 16, 2020 in Algiers, Algeria (Photo by Billal Bensalem/NurPhoto via Getty Images)

The global pandemic struck Algeria's economy as it faced long-term challenges posed by the decline of the oil and gas revenues that finance its historically lavish state spending.

World Health Organization Director-General Dr. Tedros Adhanom Ghebreyesus said at a news conference Friday that the world was at a crucial phase in the COVID-19 pandemic, especially the Northern Hemisphere, while some countries were facing the prospect of their health services being overwhelmed.

More than 84,000 people were diagnosed with COVID-19 across the United States on Friday, according to a Reuters tally, a record one-day increase in infections during the pandemic.

The spike to 84,218 cases, which breaks the record of 77,299 set on July 16, comes as University of Washington researchers forecast that the U.S. death toll from COVID-19 could reach a total of half million by February.

The research shows that with few effective COVID-19 treatment options and no vaccines yet available, the United States faces "a continued COVID-19 public health challenge through the winter."

The Eiffel Tower is experiencing a collapse in visitor numbers as foreign tourists stay away and tight coronavirus measures, including a curfew, take their toll, the Paris landmark's operator said Friday (Oct 23).

The Eiffel Tower's operator is now concentrating its marketing efforts on "people from Paris, the Paris region and from France", Esnous said.