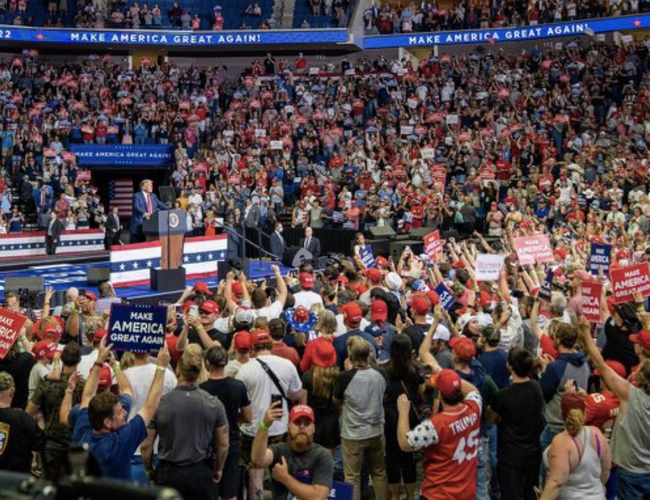 Nearly 87,000 cases were reported on Saturday, with 909 deaths and record hospitalizations for the sixth straight day in the Midwest, according to a Reuters tally. In October, 31 states set records for increases in new cases, 21 for hospitalized COVID-19 patients and 14 for record increases in deaths. (Graphic: tmsnrt.rs/2SFLb7o)

President Donald Trump, the Republican seeking re-election against Democratic challenger Joe Biden on Tuesday, downplays the virus and has accused Democrats of overblowing the pandemic that has killed more 230,000 Americans, more than any other country.

Biden and fellow Democrats have hammered Trump as a poor leader who failed to contain COVID-19 in the United States, which also leads the world in the daily average number of new cases.

Trump’s false accusation Friday that doctors were profiting from COVID-19 deaths drew harsh criticism from the governor of the election battleground state of Wisconsin.

“We have a president that believes that the doctors are at fault, they’re messing with the numbers and he believes that it’s over. It ain’t over,” Democratic Governor Tony Evers told CNN’s “State of the Union” on Sunday.

“We have hospitalizations going through the roof,” he said. “We absolutely need somebody that understands that this is an issue, it’s a thing. People are dying.”

“These people have been risking their lives since the beginning of this crisis,” she said on ABC’s “This Week.”

Scott Gottlieb, a former Food and Drug Administration commissioner appointed by Trump, told CBS’ “Face the Nation” it was “troubling” to suggest doctors were manipulating data to get higher reimbursements as the country enters a difficult phase.

“Things are getting worse around the country,” and more aggressive actions will be needed to fight the virus’ spread, he said, with December likely to be the toughest month.

In Ohio, another prize state in Tuesday’s election, the number of tests coming back positive climbed from 2.5% to 7% in the past four weeks, Republican Governor Mike DeWine said.

“This thing is really, really spreading in Ohio,” DeWine said on CNN, attributing the increase to more social gatherings, people not wearing masks and letting their guard down.

Trump himself bounced back from a bout with coronavirus early in October to resume his large, crowded rallies, where many supporters do not wear masks.

Stanford University economists estimated that Trump’s campaign rallies have resulted in 30,000 additional confirmed cases of COVID-19, and likely led to more than 700 deaths overall, according to a paper posted this weekend.

Infectious disease experts have long suspected that the president’s rallies might be so-called superspreader events. But scientists have not been able to get a good read on their impact, in part because of a lack of robust contact tracing.

Trump has repeatedly disdained masks, even after outbreaks affected his own family and multiple White House staffers.

In contrast, Biden has stuck to federal health guidelines that discourage large, crowded gatherings during his campaign events. He has called Trump’s handling of the virus negligent and irresponsible.

Amid the acrimony, DeWine urged Americans to come together and fight what he called a war against a common enemy.