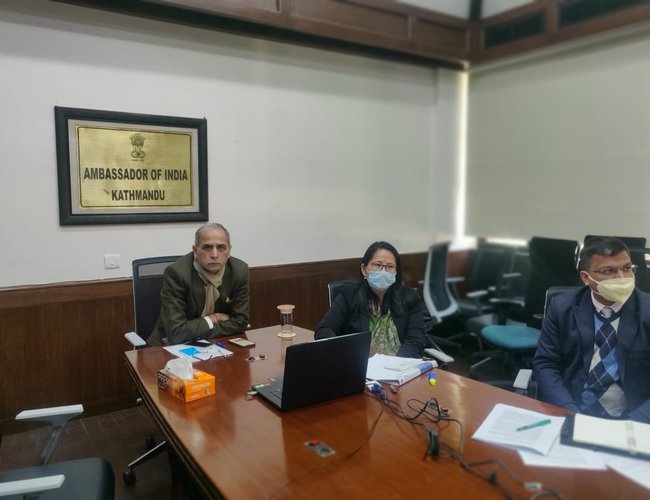 The Commerce Secretaries of India and Nepal co-chaired the meeting of the Inter-Governmental Committee (IGC) on Trade, Transit and Cooperation to Control Unauthorized Trade that was held through video conferencing today.

Anup Wadhawan, Commerce Secretary, Government of India was accompanied by the Ambassador of India to Nepal Vinay Mohan Kwatra and a 15 member delegation drawn from various Ministries and the Indian Embassy in Kathmandu, while his counterpart, Dr. Baikuntha Aryal, Secretary (Commerce & Supplies) of Nepal was assisted by representatives of various Ministries and Departments of Government of Nepal. 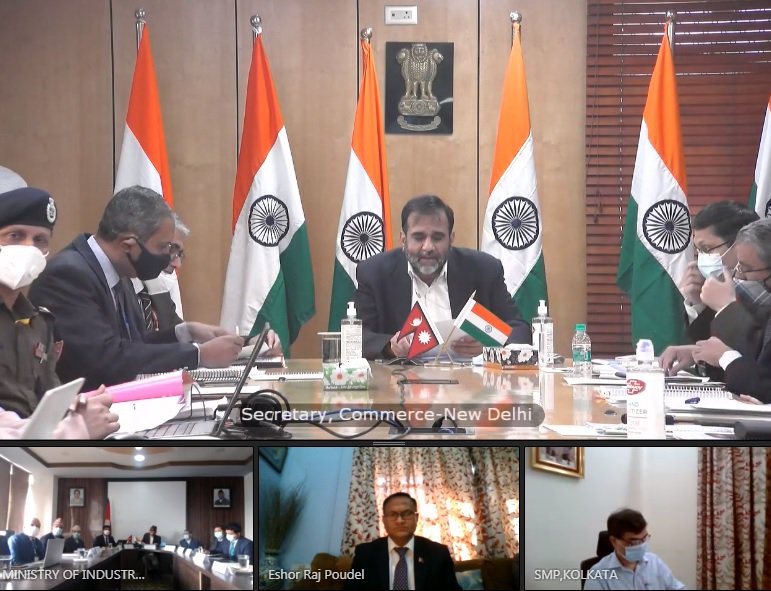 The IGC is the apex bilateral mechanism for promotion of trade and investments between the two countries. The meeting reviewed progress made on several notable agenda items in the sphere of trade and commerce.

“These included discussions on comprehensive reviews of the Treaty of Transit and the Treaty of Trade, amendments to the Rail Services Agreements, measures taken for investment promotion, constitution of Joint Business Forum, harmonization of standards as well as synchronized development of trade infrastructure on the two sides. The two sides also discussed in detail various Government-level initiatives that need to be taken in future for further enhancing trade and commercial linkages,” states a press release issued by Embassy of India Kathmandu.

The Inter-Governmental Sub-Committee (IGSC) at the level of Joint Secretaries met on 3-4 December 2020 in the preparation for IGC meeting.

India remains the largest trade and investment partner of Nepal both in terms of Nepali imports and Nepali exports. In fact, India is the only trading partner of Nepal with whom Nepali exports have consistently increased in the last two to three years. The wide-ranging discussions today and the progress made in the meeting are expected to further support the expansion in economic and commercial ties between India and Nepal.

Bangladesh Is Ready To Buy Electricity Generated In Nepal: Ambassador Chowdhury By Agencies 18 hours, 55 minutes ago