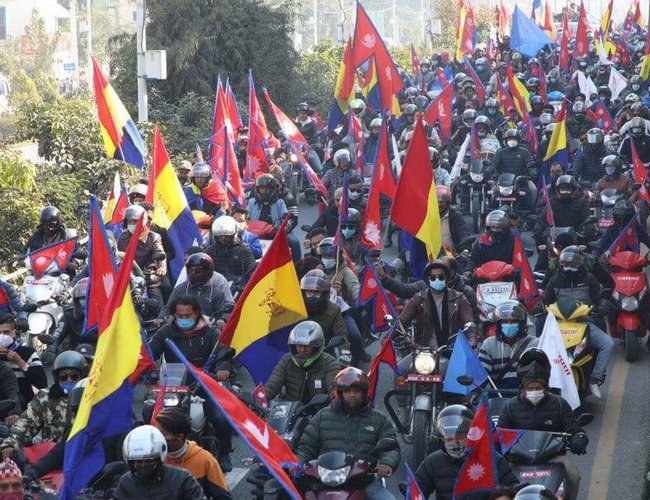 Rashtriya Prajatantra Party (RPP) has organized a big motorcycle rally demanding to the monarchy and the Hindu Kingdom.