CHANDA RANA Call To Save Rhinos

With the growing incidents of death of rhinos in Chitwan National Park, conservationist Chanda Rana is raising the alarm bell 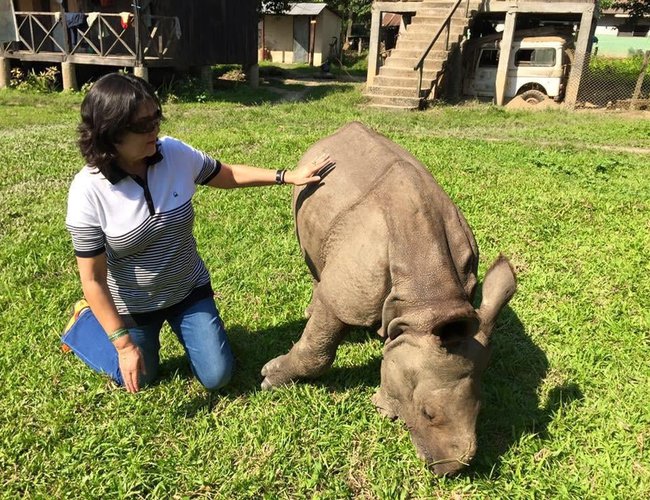 For the last few months since the lockdown caused by the COVID-19, there has been the death of a one-horned rhino almost once or twice a month. Mired by a coronavirus and political uncertainty, the death of rhinos, endangered wildlife, goes with just a small notice.

Showing concern and raising alarm whenever the country faced such a crisis, environmental and conservation activist Chanda Rana also raised the alarm bell over the series of death of rhinos in Chitwan National Park. She tweeted on January 22 her concern on the death of growing numbers of rhinos in Chitwan.

Whenever the country sees an environmental-related crisis Rana is always there to blow the whistle to raise alarm. Having personally taken the initiative to clear the deadly plant Mikania micrantha, locally known as banmara, in Chitwan National Park, Rana has been the first to express the concern.

Although official records showed that twenty-six rhinos had died of natural causes last year, officials at the Department of Wildlife and National Park are yet to come out with causes of the death on the basis of scientific study.

At a time when the number of death of rhinos increased in the pretext of the COVID-19 health crisis, Rana, as a concerned citizen and conservationist, came to alert the authorities and people involved in the area.

As her ongoing personal campaign to protect the one-horned rhino population in Nepal Rana showed her concern through a tweet, deeply concerned about the rising death rate of rhinos at CNP( 22 death in 7 months alarming) as I have been mentioning “ could it be due to tuberculosis?” As I had been informed visiting the zoo to see Birae.. few rhinos at the zoo rescued had tuberculosis! I was worried too!!”

She tweeted just after the recovery of dead bodies of two rhinoceroses that had died of a natural cause in Chitwan National Park (CNP). A calf was found dead at the location inhabited by wild buffaloes at Purano Padampur while a dead male adult rhino was discovered at Dumariya.

To save the one-horned rhino population from Mikania micrantha infection at Chitwan National Park (which was posting a serious threat to the rhino population at NCP as it is blanked all over the grassland and riverine trees of CNP, Chanda Rana fought alone non-stop battle making aware to act promptly to save CNP and its habitat even producing a documentary on her own cost called “Mile a minute a serious threat to Chitwan National Park.

Chanda Rana received a national award from the Ministry of Environment which was handed over by then Prime Minister Madhav Kumar Nepal in 2010 for her documentary called Mile a minute a serious threat to Chitwan National Park. 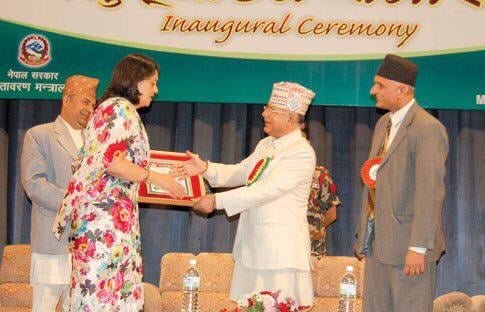 Rana produced the documentary from her own cost and research which highlighted the urgent need to save the CNP and one-horned rhinos population which are at serious threat of Mikania micrantha.

CNP Information Officer Lokendra Adhikari said the dead rhino calf, one and a half years old, was found with no wound seen on its body. It is estimated that it died due to cold. The CNP said vets were trying to establish the exact cause of its death. 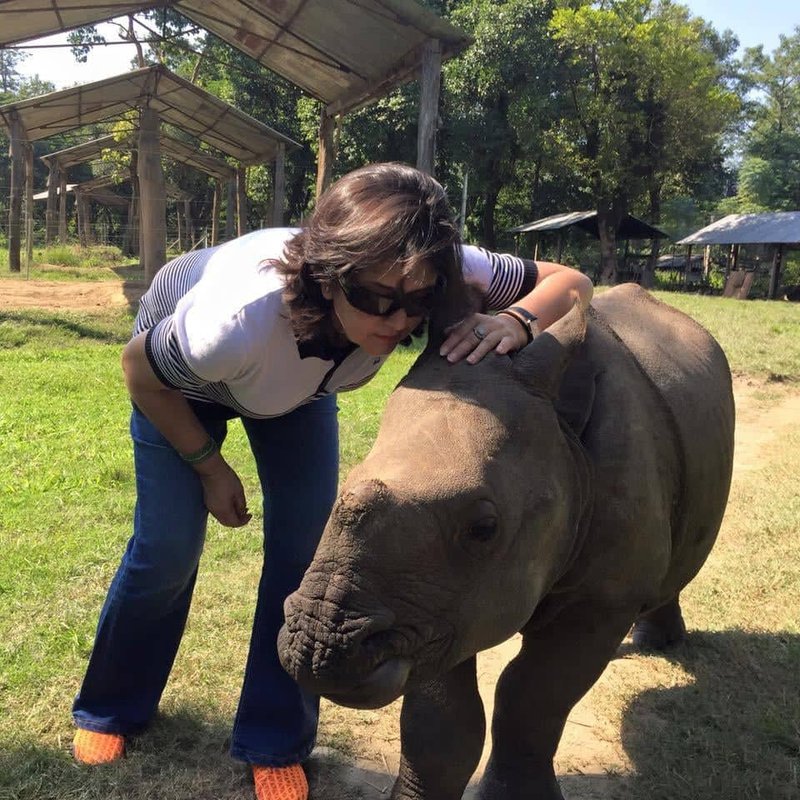 Similarly, a 30-year-old male rhino was found dead at the Park's Belsaharghat area the following day. Adhikari said it might have also died due to natural causes. The horns and the hooves of both the dead rhinos are intact.

A three months old rhino calf was found dead in a similar condition in the Nawalparasi area last month.

Twenty-two rhinos have died in the CNP so far over the last seven months. Of these, four were killed by poachers, CNP stated. Patrolling has been intensified in and around the Park in recent days after an increment in poachers' activities. 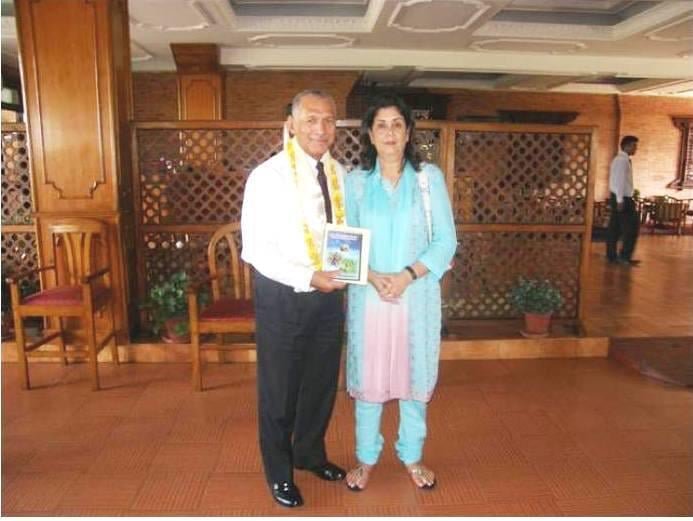 Caption: Rana with retired Major General, former NASA administration Astronaut, Charles. F Bolden Jr at Nepal handling over her documentary “mile a minute a serious threat to CNP” highlighting the urgency to save the CNP from Mikania infestation including serious to rhino population at other habitats at CNP.

Germany Decides To Continue With The Bilateral Development Cooperation With Nepal Beyond 2023 By NEW SPOTLIGHT ONLINE 3 days, 3 hours ago

Nepal Backs Away From US State Partnership Program: Indian Scholar, China Commends Nepal's Decision Not To Move Ahead On The SPP: CGTN By NEW SPOTLIGHT ONLINE 5 days, 1 hour ago