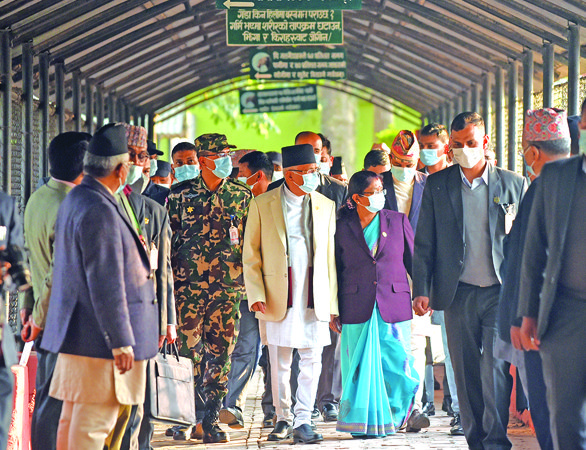 Prime Minister KP Sharma Oli has adopted a rhino. Addressing the program on World Wildlife Day at Central Zoo with the slogan of Adopt An Animal Program, prime minister has announced his decision reports Rising Nepal.

The Prime Minister initiated the program by adopting a one-horned rhinoceros himself. Prime Minister Oli clarified that the money for the rhino’s care would come from his wife Radhika Shakya’s pension. “I have pledged all my salary to the fund established to control COVID-19 in the country and will not receive it until the virus outbreak in the country comes to end. Hence, we will be using my wife’s pension,” he said.

“I will pay for the rhino’s expenses for a month in my personal capacity. Then, for the rest of the year, the Government of Nepal will provide for its nourishment. After that, we will have made the zoo capable enough to care for its resident animals with its own resources,” he said.

From Wednesday, people can now take guardianship of an animal of the Central Zoo and provide for its food, care and nurture for a year under its animal adoption program.