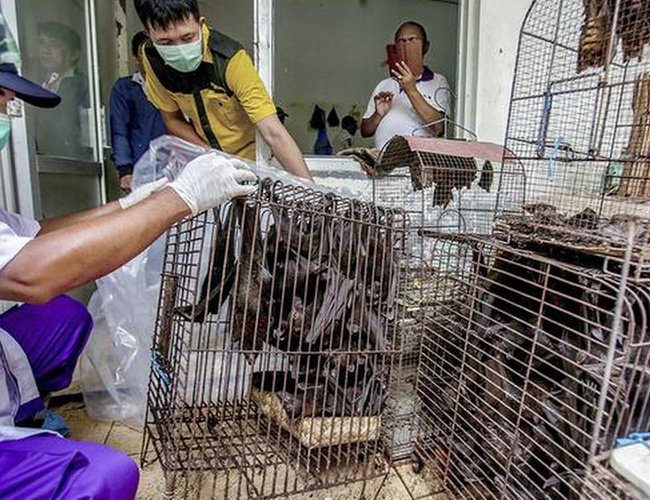 GENEVA (Reuters) -International agencies including the World Health Organization urged countries on Tuesday to suspend the sale of live wild mammals in food markets, warning they may be the source of more than 70% of emerging infectious diseases in humans.

The guidance, aimed at ensuring the global food system is safe and sustainable, follows a WHO-led mission to Wuhan, China, to investigate the origin of the SARS-CoV-2 virus.

“This + other recommendations will contribute to < the risk of emerging #zoonoses,” Peter Ben Embarek, the WHO official who led the January-February mission, said in a tweet.

They said animals, particularly wild animals, were reported to be the source of more than 70% of all emerging infectious diseases in humans.

China last year banned trade in wildlife for human consumption but legal loopholes allow some disease-prone species to be farmed, according to regional experts.

“This is not a new recommendation, but COVID-19 has brought new attention to this threat given the magnitude of its consequences,” WHO spokeswoman Fadela Chaib told a news briefing.

The WHO-led team, which visited the Huanan market in Wuhan where the first human infections of COVID-19 were detected, said the new virus had probably been transmitted from bats to humans through another animal.

“When wild animals are kept in cages or pens, slaughtered and dressed in open market areas, these areas become contaminated with body fluids, faeces and other waste, increasing the risk of transmission of pathogens to workers and customers and potentially resulting in spillover of pathogens to other animals in the market,” the guidance said.

Most emerging infectious diseases such as Lassa fever, Marburg hemorrhagic fever and Nipah viral disease have wildlife origins, it said.