Syria To Hold Presidential Election On May 26

Syria To Hold Presidential Election On May 26 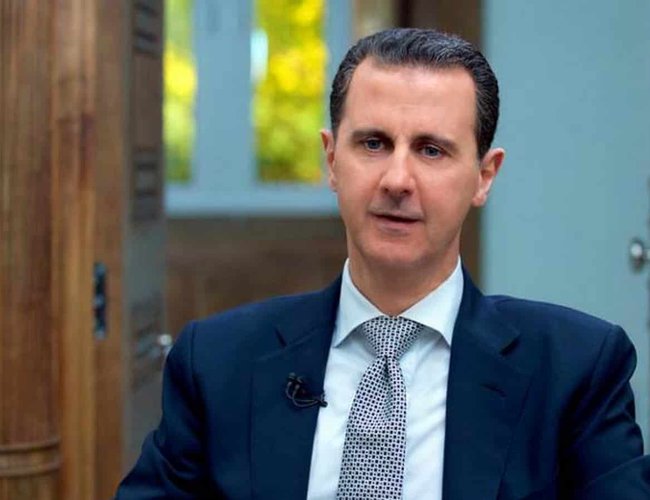 Syria will hold a presidential election on May 26 when President Bashar al-Assad is expected to win his fourth term of office reports NHK.

According to Japanese national broadcasting NHK, the date was announced on Sunday by the war-ravaged country's speaker of the People's Assembly.

Candidates are able to register until April 28. Under Syrian law, contestants must have resided in the country for 10 years or longer, which prevents opposition figures living abroad from running.

With near certain victory of the Assad administration in the nation's civil war, observers say the president wants to stress the legitimacy of his administration by winning the election.

Syrians abroad will vote six days earlier, on May 20. A Syrian refugee living in neighboring Lebanon said he does not feel like voting as Assad is expected to win.

A decade has passed since Syria saw the spread of pro-democracy protests against Assad's administration.

The ensuing civil war is still raging, and the latest talks between Assad's administration and opposition groups mediated by the United Nations ended in disagreement.

Weather Forecast: Light To Moderate Rain Is Likely In The Country By NEW SPOTLIGHT ONLINE 11 hours, 10 minutes ago

Weather Forecast: Heavy Rainfall Is Likely In One Or Two Places Of Bagmati and Gandaki Provinces By NEW SPOTLIGHT ONLINE 3 days, 10 hours ago

Weather Forecast: Light To Moderate Rain Likely To Occur Across The Country By NEW SPOTLIGHT ONLINE 4 days, 10 hours ago