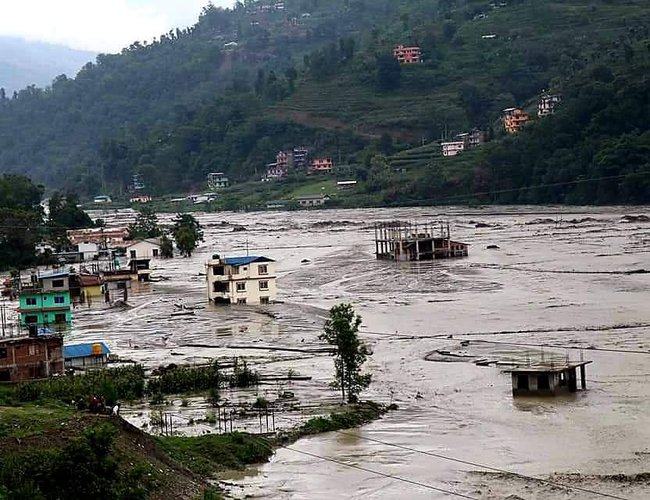 Three persons lost their lives and 11 others went missing in different districts of the country due to flood and landslide following incessant rainfall for the past few days.

According to the National Emergency Operation Centre of the Home Ministry, seven persons sustained injuries in this disaster. Centre Chief Dil Kumar Tamang said that one person died in Bajura, Palpa and Sindhupalchowk districts each while seven went missing in Sindhupalchowk.

Sindhupalchowk district recorded a huge loss of lives and property due to landslide last year too. Tamang said that some people have also gone missing in Salyan, Bajura, Gorkha and Jajarkot districts.

Task of collecting other details is underway, according to the Centre. Tamang added that arrangement is being made to rescue those trapped in flood and landslide, to distribute relief materials to victims and to shift them to safer places.

He shared that 26 people have been rescued from Nepal Army’s chopper from Melamchi area this morning and a truck of relief materials has been sent for the area from Kathmandu.

According to the Home Ministry, preparation has been made to send relief materials for Manang from helicopter. Five hundred people have been evacuated and moved to safer places in Manang.

It has been predicted that this rainy season might witness more rain than average.