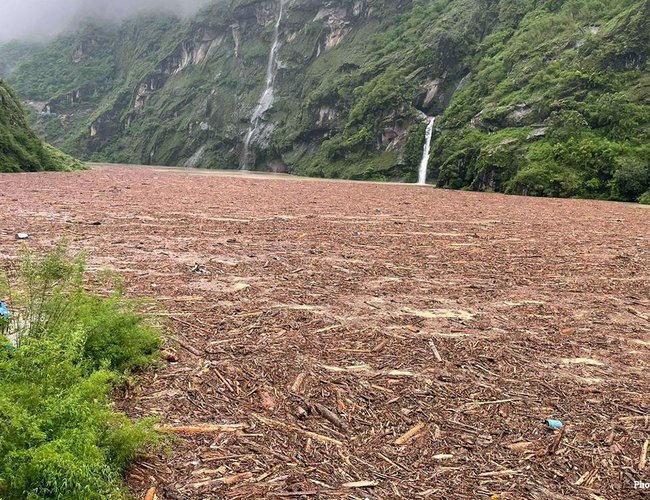 Following opening a small hole to release the accumulated water, the risk of flooding in the Tamakoshi River has been averted for now.

Assistant Chief District Officer of Dolakha Badri Prasad Tiwari said, "After a team from China released the water flow in Rongshi Stream in Tibet, which was obstructed due to landslides, the risk of flood in the settlements along Tamakoshi River has been prevented for now."

The flow of water had obstructed Rongshi and an artificial lake was formed after a landslide hit the Rongshiya City area in Tingri County, China. 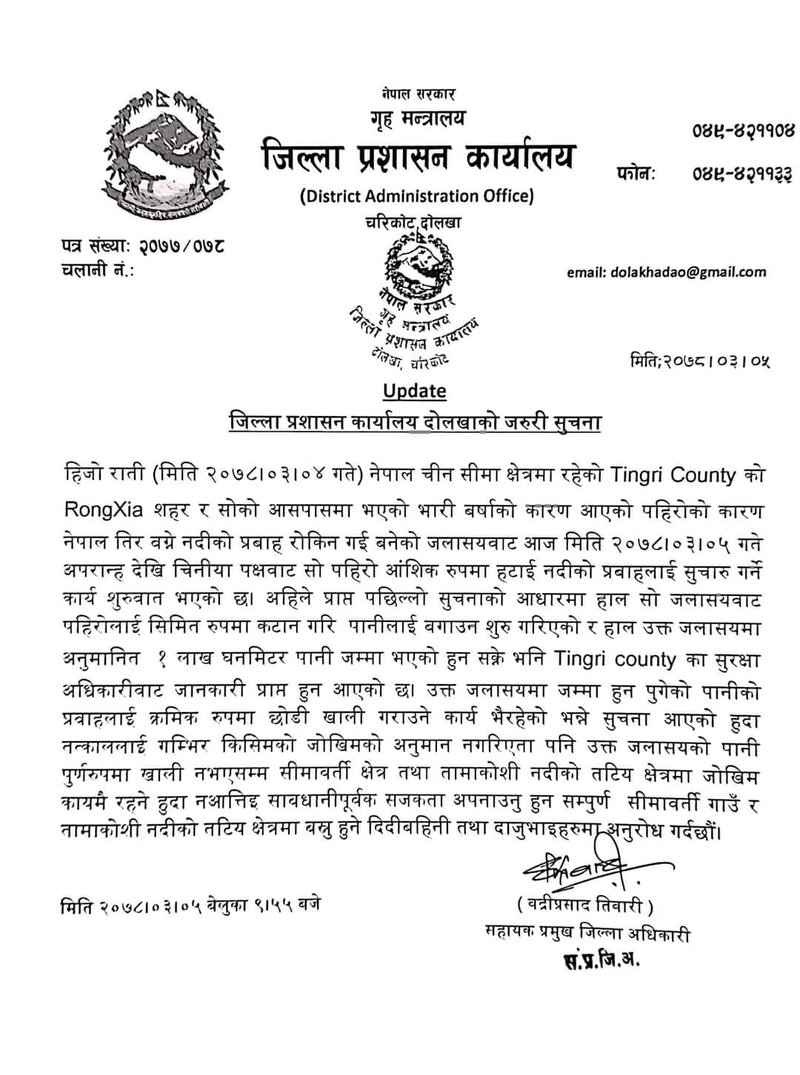 "Last night, the Tamakoshi was flowing in 260 cubic meters per second, which is normal," he added.

He further informed that the water level in the river was 197/8 on Sunday morning at 5:30 am.

With the information from Chinese authorities, Dolakha District Administrator issued a notice late last night alerting the people living on both sides of the Tamakosi river to move safe place and take precautionary measures against possible floods.

At a time when Upper Tamakoshi River is in the final stage of testing, commissioning and generation phase, it will likely affect the schedule.

“The Tama Kosi river may have been blocked by a landslide up in Tibet (around Rongxia town of Tingri country) which can lead to an outburst flood affecting the downstream region in Nepal,” said the notice.

Following heavy damage in Melamchi, Dolakha District Administration takes a precautionary measure not to repeat as in Melamchi valley.