Nepal To Fix Qualification To CareGivers To Send Israel 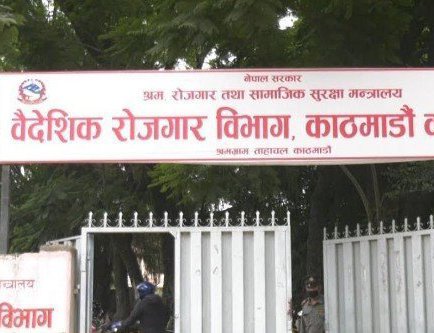 Director General of Department of Foreign Employment Krishna Prasad Dawadi informed that amendment to the curriculum has already started as per the suggestions from different quarters for simplifying the technical part of the subject.

According to director general Dawadi, notice about employment in Israel will be published quickly after the demand from Israel is received.

A person is considered eligible for the work if she/he has passed grade ten and completed 15-month training related to Auxiliary Nursing Midwifery (ANM) or Community Medicine Assistant (CMA). A person who has passed grade 12 and taken related training from a government recognised center is also eligible while good character and proficiency in the English language are pre-requisites, according to the directive.

According to him, the amendment will be completed within a week and Israel will be informed about the preparations made to send the caregivers.

Nepal and Israel signed an agreement to send Nepali workers as caregivers on 20 September 2020. The process will be initiated to send 5,000 caregivers in the first phase, according to the agreement.

Ministry of Labour, Employment, and Social Security has already published the "Directive for sending skilled Nepali workers to Israel, 2078".

Provisions in the directive state that employees will bear the necessary fee if the employer doesn’t pay.

However, the agreement between the government of Nepal and Israel has provisions that the employer will bear the airplane fare, insurance, medical test cost, security fund, and cost of labor approval.

Indian Oil To Supply NOC Fuel From Barauni By Agencies 11 hours, 52 minutes ago

BIO-GAS : Three In One By Keshab Poudel 1 day, 9 hours ago

Private Sector And Government Need To Work Together: Dhakal By Agencies 1 day, 11 hours ago