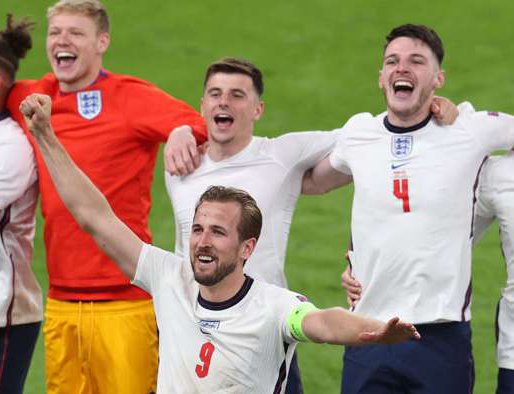 I’ve grown used to that crushing feeling of dejection and heartbreak that comes with watching my country in a major tournament.

It’s a feeling I first experienced in 1990 as an eight-year-old, and it’s one that has only increased as I’ve grown from boy to man travelling the world watching England lose.

Some say defeat gets easier to take as you get older, but with England that’s just not the case.

The craving for success just grows with each tournament that goes by, and the pain increases with every single heart-breaking exit.

There have been special moments along the way, like David Platt against Belgium, Paul Gascoigne against Scotland and Michael Owen against Argentina.

But the overriding memories of watching my country are painful ones.

Chris Waddle’s penalty in Turin, Gareth Southgate’s miss in 1996, David Beckham’s red card and Sol Campbell’s disallowed goal against Argentina, the winking Cristiano Ronaldo in 2006, Frank Lampard’s 'ghost goal' against Germany in 2010 – the list just goes on and on.

Growing up as England fans, the majority of us have had to enviously watch the grainy footage of that historic day at Wembley in 1966 and listen to the tales of those who were lucky enough to have experienced that World Cup win 55 long years ago.

Since then, we’ve travelled the world in hope, rather than expectation. We’ve dared to dream, but had our hopes dashed every time.

From Frankfurt, to Nuremberg, to Cologne, I was convinced this would be the moment the ‘golden generation’ gave us our big moment. But it wasn’t to be, with a talented Three Lions side denied by penalties again.

I was in South Africa in 2010. From Cape Town and flying my England flag at the top of Table Mountain, to Port Elizabeth and Bloemfontein.

I was in the stands celebrating when Lampard’s shot crossed the line. I was 100 yards away with about 10 pints inside me and I could see it was a goal. Surely, it was going to be given? No! Denied again.

And three years ago I was in Hyde Park with 30,000 England fans watching us take on Croatia.

Was this finally going to be the moment the semi-final curse was broken? It certainly felt like it when Kieran Trippier picked out the top corner with that early free-kick.

But then, as always, it all went wrong.

I’ll never forget walking back through the streets of London after that defeat. It felt like England were never going to get a better chance of making a final. We were 25 minutes away and it slipped through our fingers, again!

But this is football. That glorious, beautiful game we all love.

And, on Wednesday night, all those painful defeats were forgotten. Nobody at Wembley was thinking about penalty misses or red cards during those celebrations after that lasted long into the night.

Finally, after all these years, it was time to celebrate, together!

Yes, there is still a final to be won. But just getting over that semi-final hurdle after all this time felt so special.

As always with England, it was excruciating at times. But after 120 horrendously tense minutes, the emotions just came flooding out.

The fact that it was at Wembley made it all the more special.

Those scenes at full-time, the connection between the squad and the fans, the feeling of togetherness after nearly 18 months of being shut away in our homes. A nation that has been torn apart by loss, united again.

It’s difficult to find the words to sum up exactly what Wednesday night actually meant.

For years, England have flattered to deceive. But now, we have a national team we can truly be proud of, whatever happens against Italy on Sunday.

This is a team that kneels in the face of criticism, that collectively takes a stand against discrimination. From Harry Kane wearing a pride armband to Marcus Rashford taking on the establishment and feeding millions of hungry school children.

There are role models everywhere you look in this England team.

Raheem Sterling, the boy who grew up in the shadow of the Wembley arch dreaming of playing for England, has silenced the critics and has inspired a country.

I have a daughter who is six and a son who is five. Both are still a bit too young to truly understand the magnitude of what we are witnessing this summer, but they still know that England are doing something special.

They have yet to experience the heartache that can come from being an England fan. In fact, since they were born we have reached back to back semi-finals. If only it were always like this! 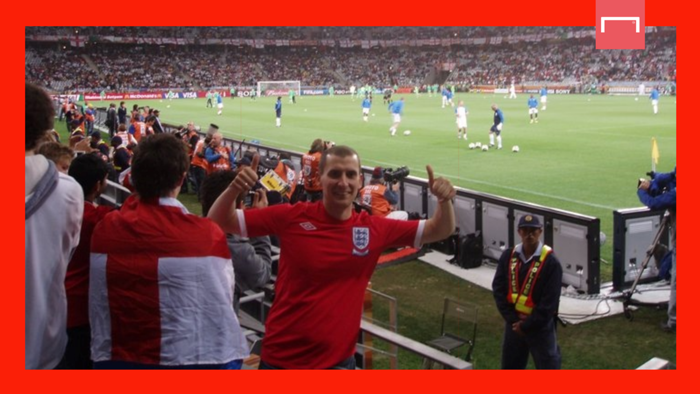 Gareth Southgate's side edged out Denmark in a thrilling Euro 2020 semi-final at Wembley, sparking wild scenes across the country

It has not come home yet, but football may be heading in that direction after England edged out Denmark in a thrilling Euro 2020 semi-final at Wembley on Wednesday to spark scenes of wild celebration across the country.

Gareth Southgate, the England manager who, as a player, suffered penalty shootout agony against Germany in 1996, has become the first coach since Sir Alf Ramsey in 1966 to book a final berth for the Three Lions at a major international tournament.

England did, as is customary, do things the hard way against a dogged Danish outfit but, after falling behind to a Mikkel Damsgaard free-kick, battled bravely to prevail 2-1 after 120 breathless minutes courtesy of an own goal from Simon Kjaer and Harry Kane's goal following Kasper Schmeichel's penalty save.

How the fans reacted

There were 60,000 supporters in attendance as England made history on home soil, with the vast majority of those getting behind the men in white to generate a spine-tingling atmosphere.

It was not just those at the stadium that enjoyed themselves, though, with a long-awaited party lasting long into the night from Cumbria to Cornwall.