Copa America's Clash Of The Titans, Messi Vs Neymar 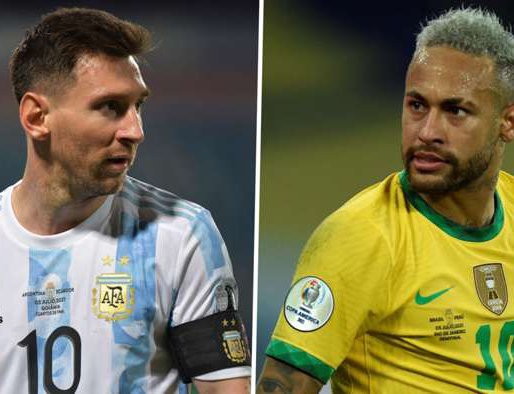 Saturday's Copa America final between Brazil and Argentina brings together two of the biggest footballing nations on the planet.

The hosts hope to defend the title they also won on home soil two years ago, while the underdog Albiceleste are desperate to end a run of six lost finals and take major silverware for the first time since 1993.

The clash, held on the eve of Euro 2020's own decider, is also notable for two players in particular.

Neymar and Lionel Messi have both enjoyed stunning Copa campaigns to date, but only one can prevail at the Estadio Maracana.

It is perhaps no exaggeration to say that their final meeting is the most significant in terms of pure star power since Zinedine Zidane and Ronaldo locked horns at the 1998 World Cup with both men at the apex of their scintillating careers.

The two No.10s enjoy the tightest of personal bonds. They clicked instantly on and off the field when the Brazilian moved to Barcelona from Santos and, particularly when Luis Suarez joined to complete the trio 12 months later, formed one of the most potent forward partnerships in football history.

That friendship survived Neymar's subsequent move to Paris Saint-Germain and has since been the driving force behind the persistent rumours linking him to a return to Camp Nou.

“In the moment I most needed help, the best in the world showed me affection,” Neymar confided to Esporte Espectacular in a 2019 interview, while also revealing the Argentine's advice upon first arriving in Catalunya; “Don't be scared of me nor anyone at the club. 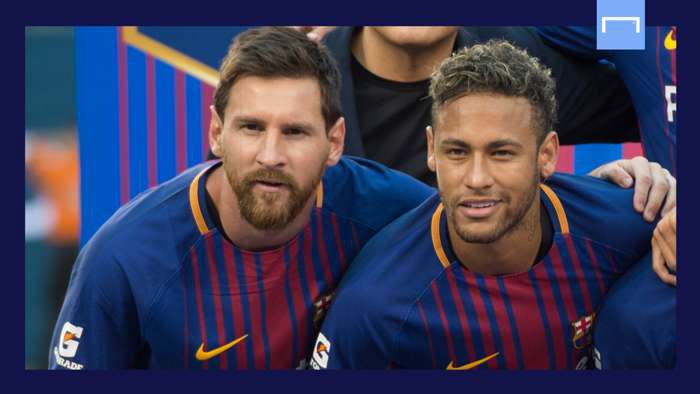 “[Thinking about coming back] is tough. To be honest, it's really difficult because Leo was a very special guy for me at Barcelona.”

At club level, moreover, separation has not worked out ideally for either of the parties.

The Champions League has remained elusive for Barcelona and PSG alike since the pair celebrated victory in 2015, while at the former especially a host of seemingly suitable replacements – Philippe Coutinho, Ousmane Dembele, Antoine Griezmann – have done little but drain the Blaugrana cash flow to its current pitiful state.

On the international stage, though, what we have seen from both Neymar and Lionel Messi this Copa has been nothing short of spectacular.

Lucas Paqueta and Lautaro Martinez both netted their side's only goals in the semi-finals thanks to the creativity and pinpoint passing of their illustrious team-mates, as Brazil advanced with a 1-0 win over Chile and Argentina pipped Colombia on penalties after drawing 1-1.

Messi now sits on four goals and five assists for the tournament, contributing directly to nine of his team's 11 goals, while Neymar, so often the man who brings dazzle and surprise to this Brazil team which prides efficiency over flowing football, sits only slightly further back with two and three respectively, albeit having played one game fewer than his former team-mate.

Saturday, then, brings together the Copa's two best players, a six-time Ballon d'Or winner and the man often labelled as his successor as the best in the world, and, as befits any big South American clash, there will be no place for faint hearts on the Maracana pitch.

“I want a final against Argentina. I have a lot of friends there. And Brazil are going to win,” Neymar told reporters following Monday's victory over Chile to raise the temperature going into the final.

For his part, Messi was rather more cautious. “Brazil with Neymar are going to be extremely tough,” he signalled on Tuesday. “We know their potential, what Ney can do individually.”

The Argentina idol did show that old club ties can fall by the wayside when national pride is at stake. Incensed by the rough treatment he received at the hands of Colombia throughout the match, he jeered ex-Barca colleague Yerry Mina mercilessly when the defender erred from the spot.

“Dance now, go on, dance now!” he yelled in reference to Mina's trademark celebration shimmy – a move that also seemed to be motivated by his solidarity with Suarez, whose Uruguay side lost out to Colombia in the previous round and were not impressed with his penalty-spot jig. 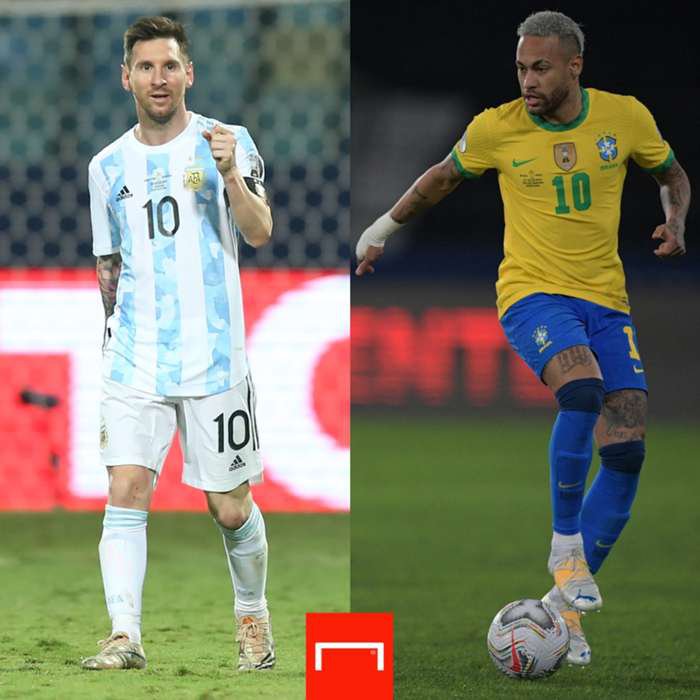 No such fireworks can be expected from Leo and Neymar, but neither will either player or any of their team-mates cede an inch in a game likely to involve intricate tricks and hard knocks in equal measure.

As Neymar told reporters ahead of the showdown, "Messi is, as I've always said, the best player I've ever seen play and he's a great friend, but now we're in a final, we're rivals. I want to win and I really want to win this title, which would be my first Copa America.

"Messi has been looking for his first title with the national team for many years, and every time we [Brazil] are not present at the tournament, I cheered for him. That's what I've been cheering for in the 2014 World Cup final, when he faced Germany.

"Now Brazil is in the dispute, so our friendship is on the line. The respect between us is still great but only one can win."

The stakes really could not be higher for either man.

For Messi, that much-desired first Argentina title which will cement his place alongside Diego Maradona in the Albiceleste pantheon of idols.

For Neymar, who missed out in 2019 due to injury, the chance to prove once and for all that those comparisons with his great friend and mentor were justified all along.

For both men, a huge boost in their quest for the Ballon d'Or – what would be the Brazilian's first – is additionally on offer.

And for South American football, not to mention neutrals across the world, the opportunity to finish with a flourish this Copa America, beset as it has been by Covid, organisational chaos, the lack of atmosphere in empty stadiums and refereeing controversy, with two genuine superstars putting on an unforgettable show.