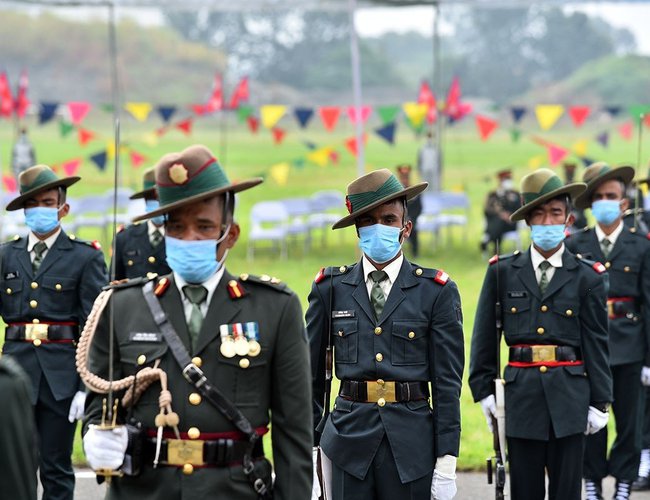 The Nepali Army (NA) has brought into implementation of its newly designed and approved command organisational structure concept from Friday onwards.

With the new structure coming into implementation, eight previous Divisions Headquarters -- one in the Kathmandu Valley and seven in the provinces -- have been scrapped starting Friday, the beginning of new fiscal year of 2021/22.

From now onwards, three central commands based on Koshi, Gandaki and Karnali River basins and one for the Kathmandu Valley will be implemented, according to Brigadier General and spokesperson for the Nepali Army Headquarters Shantosh Ballave Poudyal.

The army has called it a three-pronged central command.The army has also made it clear that the new structure will not increase the existing budget and posts.

Even though the Cabinet approved the implementation of the new structure in March, it is taking effect only from today due to budget, said Poudyal.

One Died And Scores Of Building Damage In The Bajura Earthquake By Agencies 3 days, 4 hours ago