With the decision to donate about 1.6 million doses of Japanese-made COVID-19 AstraZeneca vaccine for Nepali friends, Japan has shown its generosity towards the elderly population 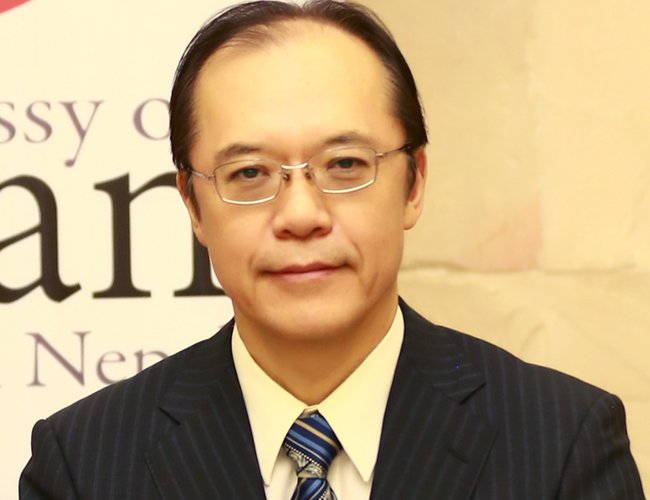 For people such as the former water resources secretary and seasoned bureaucrat, Dr. Dwarika Nath Dhungel, who has been showing his anger and frustration in social media for not receiving the second dose of vaccine, the announcement of Japan government to donate 1.6 million doses of Japanese-made AstraZeneca must have been a real sigh of relief.

“It is a matter of relief for all of Nepali. Actually, I was almost losing hope. This announcement gives me a huge relief,” said Dr. Dhungel. “I would like to thank the Government of Japan and Japanese people for this support. Nepal Government needs to ensure now that all elderly people who have been waiting for the second dose get the vaccine.”

Frustrated by Nepal Government’s apathy towards providing the second dose of vaccine, former water resources secretary Dwarika Nath Dhungel tweeted, “Was wondering, if there is any government in Nepal to take care of its citizens? Yes I found one for paying the medical bill of a political leader. What a government we have, when we all Nepalese are looking towards the International airport sky for COVID vaccine?”

Dhungel is not the only one to feel relief from this news. Over 1.4 million elderly people above 65 must be expressing the happiness. “Japan has come to rescue us. Thank you Government of Japan and people of Japan for this great support. This came at a time when majority of people of my age were losing hope,” said eighty years old former secretary Shyam Prasad Adhikari.

This announcement has also shown the concern of Japanese government and people of Japan.

The Government of Japan donated the 1.6 million doses of Japanese-made COVID-19 AstraZeneca vaccine for Nepal as a grant through COVAX facility, which was officially announced by MOTEGI Toshimitsu, Minister for Foreign Affairs of Japan. The exact shipping schedule will be confirmed once the procurement arrangements will be finalized by the international organization which is in charge of the matter.

KIKUTA Yutaka, Ambassador of Japan, stated this is a reflection of the long time friendship of Nepal towards Japan. He welcomed the decision by Tokyo as the vaccine is urgently needed to save lives of many Nepali people. The Ambassador hoped this vaccine will ease down various difficulties caused by the COVID-19 situation. Regarding these Japanese-made AstraZeneca vaccines, the Embassy would like to coordinate with the Ministry of Health and Population of Nepal for the necessary arrangements of receiving and using them for the COVID-19 vaccination campaign of Nepal. Those Japanese-made AstraZeneca vaccine will effectively assist the second injection of elderly people who already had the first vaccination of Covishield, the AstraZeneca-type vaccine produced by Serum Institute of India.

According to a press release issued by Embassy of Japan, furthermore, they would be also useful to precede the vaccination campaign for the young generations who are not yet vaccinated. The Embassy of Japan has been working with the Government of Nepal to tackle COVID-19 together by assisting Nepali hospitals with medical equipment in multiple ways.

The Government of Japan stands with Nepal to overcome this pandemic and has been providing medical equipment under the Japanese Grant Aid. It has confirmed to donate almost 300 oxygen generators, in addition to 25 blood gas analyzers and 25 portable ultrasound image diagnostic systems for the necessary medical care. Now 6 Made-in-Japan Ambulances are expected to be here by October to save more lives in the COVID-19 situation. The Embassy of Japan hopes that this vaccination assistance will save lives of more Nepali people from COVID-19, and it strongly supports the vaccination campaign which is necessary for the progress of post-COVID Nepali society and its economy.

The Government of Nepal welcomes the decision of the Government of Japan to provide Nepal with about 1.6 million doses of Japan-made AstraZeneca COVID-19 vaccines through COVAX facility. An arrangement will be made to transport the vaccines to Nepal at the earliest opportunity with the completion of due procedures.

Earlier, the government of United States had donated over 1.6 million single dose J &J vaccine to Nepal. Following this three million doses; Nepal is now in a good position to provide safety to vulnerable populations. Japan has shown its generosity towards Nepali people.