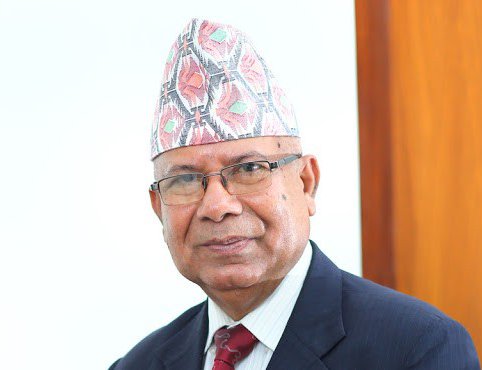 Although the central committee members with the CPN (UML)’s senior leader Madhav Kumar Nepal faction met at Buddhanagar, they are yet to decide on whether to join the government or not.

Prior to this meeting, the meeting of the standing committee of Nepal faction was held. Today’s meeting comprising over 70 attendants seeks to formulate future strategy for the Nepal faction.

According to Jhapat Bahadur Rawal, who is attending the ongoing meeting, central committee members were currently voicing their opinions and concerns regarding the intraparty disputes in the CPN (UML) apart from the party unification bid.

The meeting was summoned to deliberate on a wide range of topics such as unity within the CPN (UML), decisions made by party chair KP Sharma Oli and joining the incumbent Nepali Congress-led government among others.

Rawal informed that senior leader Nepal expressed his opinion on the contemporary issues in the meeting followed by Dr Bhim Rawal briefing the attendants about the 10-point agreements inked in a task force committee formed to resolve the intraparty issues and efforts to implement them.

The central committee members from Nepal faction continue to have their say in the ongoing meeting. They are also dwelling on how to further consolidate the party and how to vanquish the activities aimed at weakening the communist movement as well as the party, according to Rawal.

The disgruntled faction has been emphasizing on running the party as per the political, organizations reports and the party statute endorsed by the party’s ninth general convention.

Talking to the media, another attendant Ram Kumari Jhakri, said that the meeting was centered on further unifying the CPN (UML) mired by the factions and sub-groups as well as irreconcilable differences between the Nepal faction and party Chair Oli faction.
Jhakri ruled out the unification bid between the two factions at the cost of surrender. The standing committee of the Nepal faction has also set date for the statute convention, municipality and ward level convention.