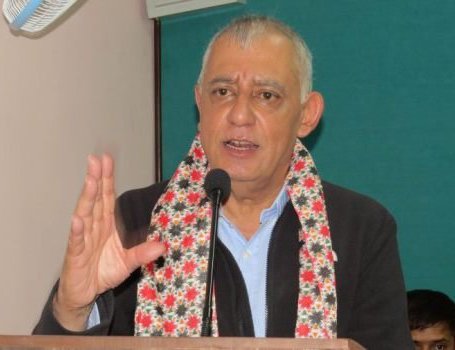 Nepali Congress General Secretary Dr Shashanka Koirala said he would not budge from his stance to vie for the President in the upcoming 14th general convention of the party.

“Why should I go back from my stand? I am doing all necessary efforts to field my candidacy for the post”, he told media here on Saturday.

On parliament session obstruction by main opposition CPN (UML) yesterday, the leader termed the move as the chaotic character of communists repors RSS. --

POLITICS Consensus To Contentions By A Correspondent 5 days, 11 hours ago