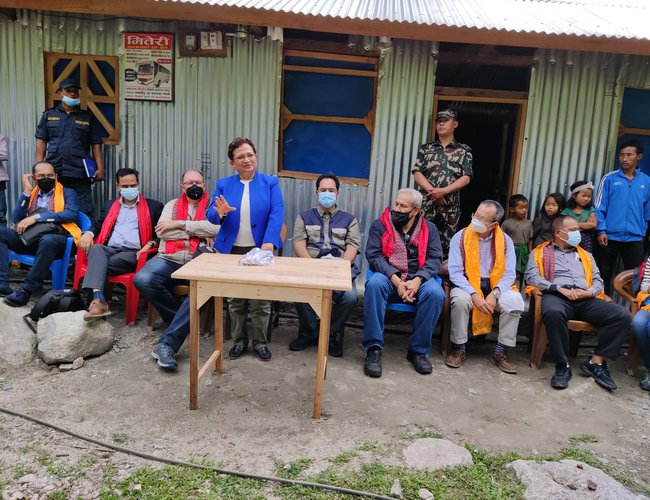 Local people in the Sankhuwasabha district of eastern Nepal have demanded the initiation of the construction of the 1061 MW Upper Arun Hydropower Project.

Local people have requested before a high-level delegation led by Minister of Energy Water Resources and Irrigation Pampha Bhusal, that the government should take the necessary decision construction of the project.

They hold the view that the project can bring economic prosperity to the region. They also expressed to commitment to providing all necessary support at the local level to complete the project smoothly

Chairman of Upper Arun Affected Concerned Group Ladar Bhote said that the local community is eagerly waiting to see the melting of the money from the wasted water of Upper Arun.

“We are happy to know that the construction of the road for the project will start soon. The road will link the remote region with the rest of Nepal and could end our hardship,” said Bhote. He urged the delegation to materialize the project instead of paying only inspection visits.

Minister Bhusal said that the ongoing DPR will be completed as soon as possible and NEA will decide the modality of the project. She said that the government is working to start the construction of the project aiming to share the economic benefits. “We need to end the tradition of talking about the project without implementation. This practice must end. She also said that the project requires full support from local people to complete it in scheduled time.

NEA looks at the project as a game-changer giving high priority for its implementation. Proposed to construct under the People’s Hydropower Program, 1061 MW, a four-digit Upper Arun, is the biggest project that would be constructed by NEA. 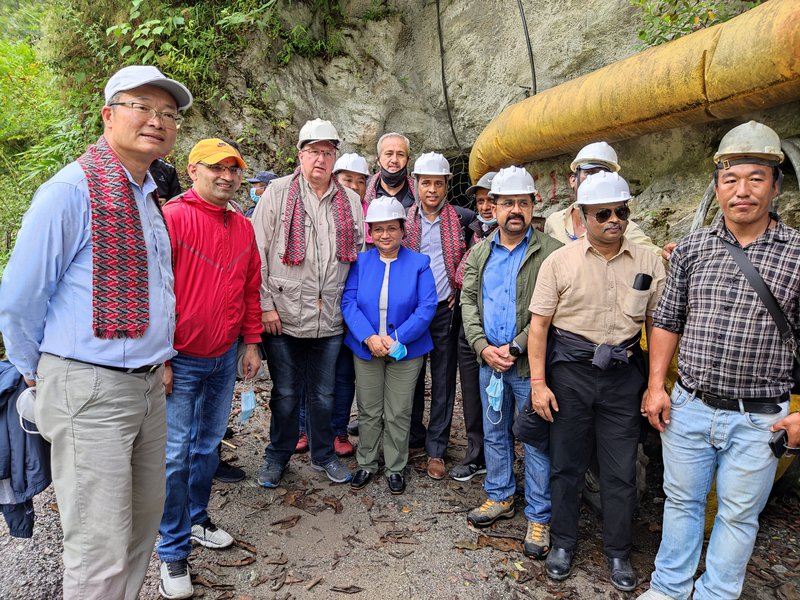 As per the proposed modality, the government will issue a 49 percent share to common people. The remaining investment will be procured through concessional loans from multilateral agencies like the World Bank and European Investment Bank, domestic financial agencies like Employment Provident Fund, Citizenship Investment Trust and other institutions. There will be investment from the Federal, Provincial and local governments as well.

Operated six hours a day during the six months dry sessions in full capacity, the estimated cost of the project is 1.36 billion US dollars (Rs. 161 billion). NEA is expecting to mobilize 70 percent loans with 30 percent equity.

Following the completion of the project, Upper Arun will generate 4.53 billion units of electricity.

NEA has already forwarded the 30 MW Ikhuwa Hydropower Project as a part of Upper Arun under the People’s Hydro-power program. NEA will start land acquisition and construction of a 24-kilometer road this year.

The World Bank has provided 10.31 million dollar concessional loans for the DPR which is currently going on. This project will likely to complete by 2030.

A delegation led by minister Bhusal also visited the main structures of the project including the construction site of the powerhouse.

Nepal Exported Electricity Worth Of Rs.1.72 Billion To India In The Month Of June By NEW SPOTLIGHT ONLINE 3 hours, 56 minutes ago

SAWTEE Hosts Policy Dialogue On The Economic And Social Survey Of Asia And The Pacific 2022 By NEW SPOTLIGHT ONLINE 4 hours, 11 minutes ago

Regional Trade and Connectivity in South Asia Gets More Than $1 Billion Boost from World Bank By NEW SPOTLIGHT ONLINE 2 days, 11 hours ago