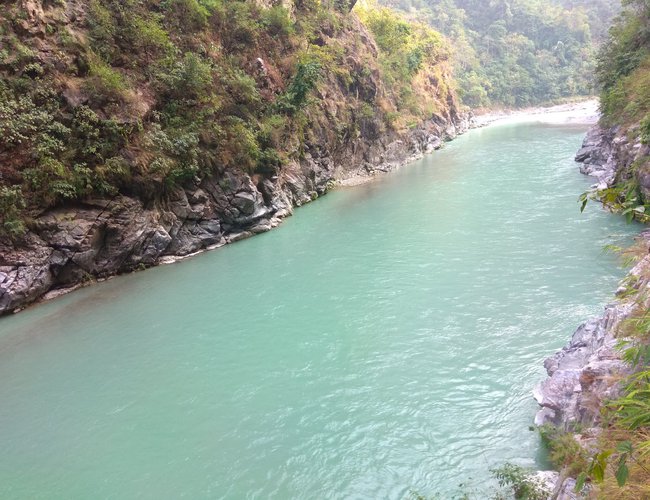 Preparations are underway for the Environmental Impact Assessment (EIA) of the Sunkoshi-III (683 MW) Reservoir Power Project.

For this, the Department of Power Development of the Ministry of Energy, Water Resources and Irrigation has scheduled a public hearing in four districts under the project-affected area from today.

According to the department, a public hearing has been organized at the local level after a technical study of the project was completed.
Suggestions were also sought from schools, hospitals, health posts, stakeholders and organizations in the districts, municipalities and villages that may be affected by the project.

The Sunkoshi III project, which is currently being studied at various stages by the Department of Power Development, is in the process of being constructed by the Bangladesh government in a joint venture.

Under the project, it is proposed to build a dam on the Sunkoshi River at the border of Temal rural municipality-9 of Kavrepalanchok and at Lubhughat of Khandadevi rural municipality-1 of Ramechhap. The department has allocated Rs. 190 million for the study of Sunkoshi III and Sunkoshi II projects. It is estimated that it will cost Rs. 330 million to complete the study of both the projects.

For the project, a dam of 484 meters long and 166 meters high will be constructed on the river at Lubhughat and 570 cubic meters per second of water will be taken to the power house to be constructed near Lubhughat from a tunnel with a length of 1.1 km and a diameter of nine meters.

Preliminary studies have shown that about 1,600 families in Kavrepalanchok, Sindhupalchowk, Ramechhap and Sindhuli districts may be affected during the construction of the project.

Therefore, the Ministry of Energy, Water Resources and Irrigation and the Ministry of Forest and Environment have jointly appealed to the public to attended the hearing within the stipulated time.

The proposed project site is at a distance of 60 kilometers from the federal capital Kathmandu. The department has stated that it is preparing to discuss with the stakeholders about relocating the families affected by the project.