Passing the budget from both the Houses, the two months old four party coalition government led by Prime Minister Sher Bahadur Deuba has heaved a sigh of relief 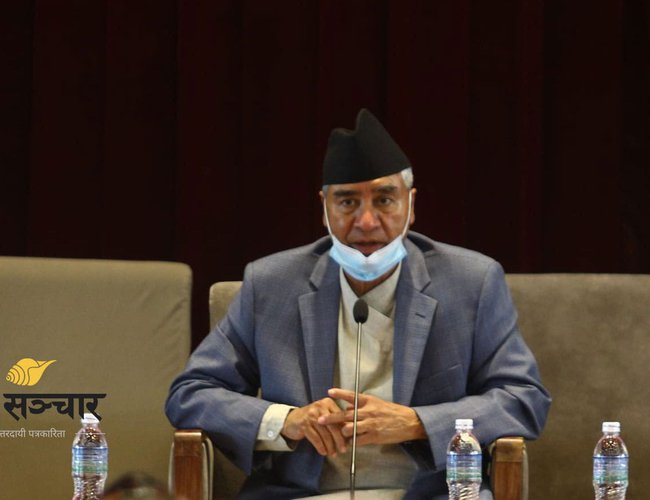 With the tacit understanding of the main opposition CPN-UML, the four party coalition government was about to pass the budget for fiscal year 2021/022. Despite this major breakthrough, the delay in the expansion of the cabinet showed how shaky the coalition governments are.

Although there are so many shortcomings and uncertainties among parties in the ruling coalition, that has taken such a long time to decide the name of ministers for the cabinet, Prime Minister Sher Bahadur Deuba looks very comfortable and assured about the future of the government.

“We don’t have any differences over the stability of the government. The expansion was delayed due to certain internal issues of coalition partners,” said PM Deuba recently.

Addressing an assembly of the party's youth wing, YCL, the chairman of a major ruling party said that meeting of the top leaders in the ruling alliance also reviewed the ongoing conspiracy against the ruling coalition.

Prachanda said that ruling alliance and the ruling parties had renewed their commitment to keep united and go for the upcoming election as a unified force or an alliance.

Prachanda’s public statement indicated that there is a difference among the coalition partners on certain issues. Overwhelming members of Nepali Congress and Prime Minister Deuba have been arguing for the need to pass the MCC from ongoing parliament with certain strictures.

However, Prachanda who has made the MCC hostage for last three years using speaker’s office is yet to say anything clearly on the agenda. Main opposition party CPN-UML has made it clear that they don’t have any opposition to the MCC.

Powerful UML leader Ram Bahadur Thapa Badal has already said that his party will support the MCC with certain stricture and amendment. Given this situation, Maoist leader Prachanda’s worries regarding a possible split in the ruling alliance is understandable.

With several contradictions within partners of ruling alliance, no one can be sure when this government can collapse before completing its full tenure of another 12 months.

Whatever the reason and cause, speaker Sapkota issued the statement. However, his statement indicated the looming threat of dissolution of House prematurely given the growing inner tensions. 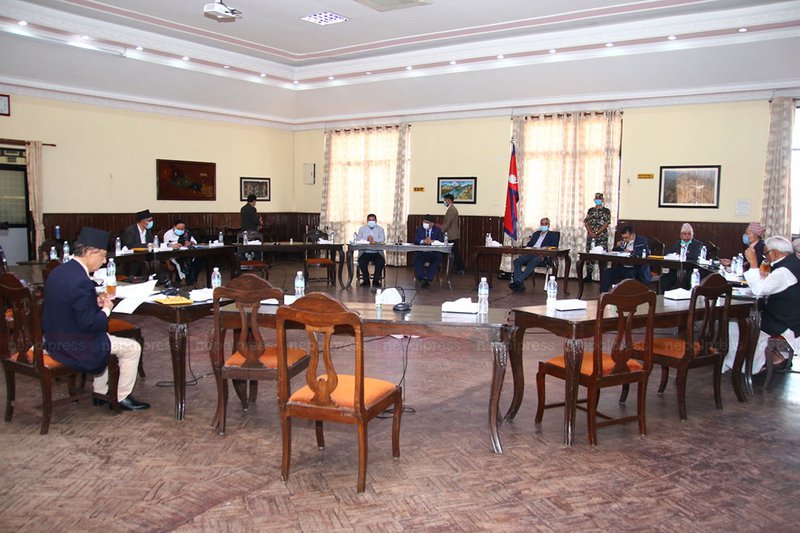 Delayed for two months, the cabinet expansion efforts of the ruling alliance leaders have already shown their incapability of providing a stable government for the remaining period of 12 months.

Blaming other factors for the delay, Maoist leader Dahal said that the work of expanding the cabinet was delayed due to the ordinance related to political parties.

However, the cabinet expansion was delayed due to the differences on the agenda of power sharing among the coalition partners. In trying to take the decision on cabinet expansion, top leaders of the ruling parties have spent several hours already.

Amid criticism over the inordinate delay in the expansion of cabinet, top leaders of the coalition partners gathered in Baluwatar to finalize the allocation of ministerial portfolios among the coalition partners. The meeting failed to make any concrete agreement as the party leaders remained adamant on their own stance on various issues including the ordinance related to political parties, expansion of the cabinet and sharing of the ministerial portfolios.

The meeting discussed the ordinance introduced by the government to ease the split of political parties and the agreement to table a substitution bill in parliament to replace it. Leaders of the Janata Samajbadi Party demanded that the ordinance be repealed altogether.

The leaders maintained that it would not be possible to expand the cabinet and they would not participate until the ordinance is repealed. CPN (Maoist Center) Spokesperson Krishna Bahadur Mahara, on the other hand, claimed that the cabinet would be expanded soon. He claimed that a substitution bill to replace the ordinance will be introduced in the House of Representatives and then JSP will also give names of leaders who will join the government from their party.

However, the meeting of the top leaders failed to agree on the sharing of the ministerial portfolios. Nepali Congress President Sher Bahadur Deuba, who is also the Prime Minister, is preparing to keep at least seven ministries with the NC.

Whatever the reason, the ruling parties give their coalition is losing its own credibility before the people and court. The ruling coalition is justifying the reason pursued by former Prime Minister Oli that this parliament will not give stability and stable government.

Following withdrawal of the ordinance related to the political parties, the government has also completed a cycle of party split giving legitimacy to all the factions in the parliament. This also paved the way for the expansion of the cabinet now.