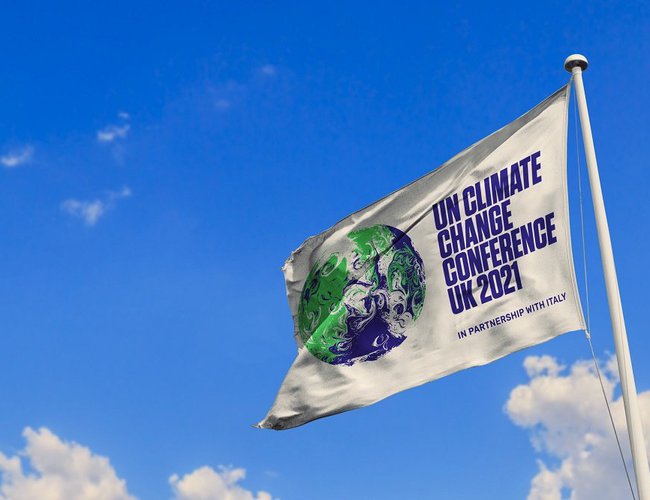 By Bhishma Raj Ojha (RSS) Kathmandu, Oct 25: The 26th meeting of the Conference of the Parties to the UN Framework Convention on Climate Change (CoP26) is taking place from October 31st through November 12, 2021, in Glasgow, Scotland of the United Kingdom.

A high-level delegation led by Prime Minister Sher Bahadur Deuba from Nepal is scheduled to attend the conference. The Nepali delegation comprises the Minister for Forests and Environment Ramsahay Prasad Yadav and the Secretaries of various ministries, among the government officials.

Nepal has made preparation to strongly raise issues in the COP26 like the impact of climate change on the entire Himalayan economy, on its ecosystem as well as on the ecosystem of the downstream region.

Besides this, topics as climate hazards, seeking resources for the implementation of the National Dedication Commitment (NDC) Report and Carbon financing would be Nepal's priority in the COP26 meeting, the Ministry Secretary Prem Narayan Kandel said, adding that the Ministry was doing the necessary homework on the topics it is raising in the conference.

"The preparation this time has been effective and we are confident the high-level participation will make Nepal's presence in the conference all the more effective," he said.

The Ministry has already carried out works like preparing and presenting the required reports and documents including the long-term strategy, the report on climate-induced hazards and losses, the National Adaptation Plan, NDC, Third National Communication (TNC), the Technological Needs Assessment (TNS), Gender and Social Inclusion Strategy and its action plan, so as to support the implementation of Paris Agreement.

Secretary Kandel said a plan has been brought for reducing the GHG to zero in 2045 AD itself through the long-term strategy. "We have already prepared the report on the financial source required for reducing the climate-induced damages and losses and to adapt to it."

He shared that Nepal would also be raising the topics as it has fared well in forest conservation increasing the area under forest to nearly 45 per cent and pursuing community-based conservation programmes. Likewise, Nepal will be pressing the developed countries to provide the amount that they have committed as compensation for carbon emission.

Secretary Kandel said Nepal would also emphasize facilitating the tools of financial assistance and having the government's direct access to it.

According to him, PM Deuba will head the Nepali delegation in the high-level session of the conference while he himself would be leading the technical sessions under the COP26. Apart from this, teams comprising experts have been formed on various themes which will be holding side-line talks.

The COP summit which is held every year could not be held last year due to COVID-19 and it will be important this time in terms of discussing the goals that had to be achieved within five years of the implementation of the Paris Agreement.

COP26 will bring parties together to accelerate action towards the goals of the Paris Agreement and the UN Framework Convention on Climate Change. The conference has added significance in that it will also discuss the topics pointed out by the International Governmental Panel on Climate Change (IPCC), the scientific body on climate change.

Nepal has already tabled its NDC Synthesis Report alongside other countries which would help implement the roadmap to reduce greenhouse gas emission to zero until 2050 as per the 2015 Paris Agreement.

Other goals of the agreement are to limit the world's average temperature increment rate to 1.5 degrees Celsius and not exceeding 2.0 degrees Celsius.

Nepal is on the list of countries that have been most affected by climate change. It has been raising this issue in the international forum.

Issues that would be prioritized in the Conference this time are climate change-induced disasters, said Dr Radha Wagle, chief of the Climate Change Management Division under the Ministry.

The Ministry has prepared a status paper to be tabled in the Conference after collecting suggestions from various 10 groups of people including experts and stakeholders from government and non-governmental organisations working on climate change, he said.

The Conference will be attended by the head of the state/head of the government of more than 121 countries. Similarly, Prime Minister of the United Kingdom Boris Johnson will organize the 'Global Leader Summit' on the sidelines. The Summit is expected to be the centre of attraction of the world.

Prime Minister of Nepal Deuba is scheduled to address the Summit and the Foreign Ministry is at homework on the issues to be raised there, it has been said.

According to the schedule, PM Deuba will address the Summit on the second day. The Summit is scheduled to conclude between 5 pm to 5:30 pm.

New Data On Nepal PLHIV Stigma Index 2.0 Indicates The Need To Create Arespectful And Equal Environment For PLHIVs In Community And Workplace By NEW SPOTLIGHT ONLINE 18 hours, 26 minutes ago

Melamchi’s Water To Be Distributed By December 13 By Agencies 2 days, 11 hours ago