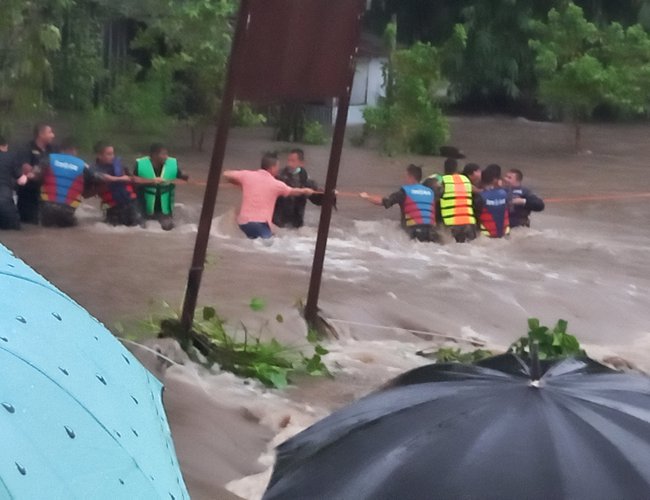 After incessant rain that battered Nepal since 16 to 20 October, leading to floods, landslides, and massive destruction of property, especially in the hills of Province 1 and Sudurpaschim, the situation in areas, especially Ilam, Panchthar, Taplejung and Dhankuta of Province 1 and Bajhang, Doti, Baitadi and Kailali in Sudurpaschim have seen tragic incidents caused by landslides and floods.

According to Ministry of Home Affairs, 101 people lost their lives in the period due to landslides, floods and inundation following heavy rainfall at different places of the country.

Similarly, 41 persons have gone missing in the incidents of natural disasters in various districts. According to the Home Ministry, Ilam recorded the highest number of death cases that stand at 11 followed by Doti which is nine. Ministry of Home Affairs said 60 persons were killed in Province 1 and 31 in Sudurpaschim province. Similarly, 7 were killed in Karnali and Bagmati 1. Nineteen people were injured in Province 1 and 17 in Sudurpaschim.

The landslide has resulted in human casualties in both districts. Spokesperson of the Home Ministry, Phanindra Mani Pokharel told RSS that six persons each in Humla, Dhankuta and Panchthar died due to landslides.

According to the Home Ministry, four persons lost their lives in Baitadi, one each in Kalikot, Dadeldhura, Pyuthan and Udaipur and two in Sunsari.

A total of 23 people have gone missing in Bajhang while one in Doti, two in Pyuthan and five in Ilam. Twenty-three people of different districts were injured in the natural disasters so far.

Rain causing system was active in different areas of the country from October 17. Chief of Disaster Management Division of the Home Ministry, Humkala Pandey, shared that search for the missing and rescue for those trapped in natural disaster incidents is underway. 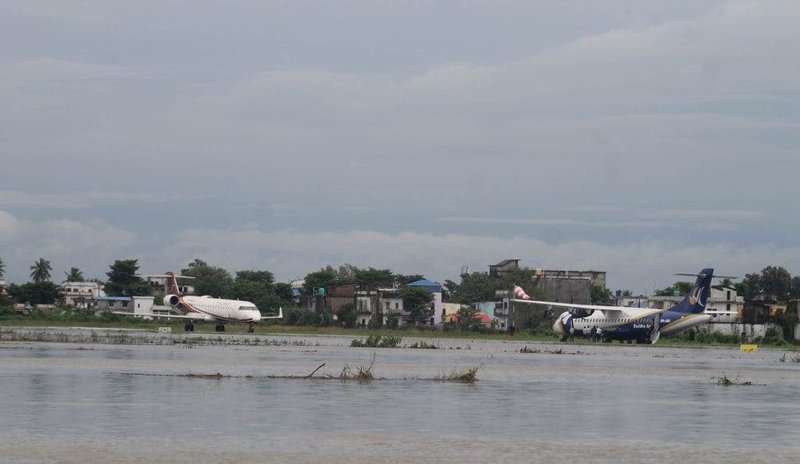 The government has decided to provide Rs. 200,000 each to families of those who lost their lives due to the rain-induced disasters.

Also, the government has decided to provide health treatment free of cost to those who were injured in various disasters that took place across the nation due to torrential rainfall.

As per the government data, a total of 55 deaths and loss of property caused by heavy rains and landslide have been reported. Seventeen persons are injured and five are still missing in the region. Dadeldhura district was the most affected with 10 deaths reported on a day.

In Doti, Dadeldhura and Bajura the rain and mudslides damaged homes and roads. Dhangadhi-Dadeldhura (Bhim Dutta Highway) was badly damaged.

The time around Dashain is the peak season in Sudurpaschim for returning home from India. The Bhimdutta Highway, which is the most used, is yet to be opened and people are stranded in the villages.

Local people informed that there was no shortage of food, but power and water supply was affected. It will take a week to resume these services. Some of the houses were flooded and the water is now leaving.

In the meantime, multiple teams of the national and provincial level disaster response forces were carrying out rescue operations. Earlier, the Meteorological Department said weather stations in Sudurpaschim had received the heaviest rainfall for any 24-hour period on that day since records began to be kept.

According to data provided by Meteorological Division, Dipayal recorded 198.2 mm rainfall, Dhangadhi 211, Dhankuta 156.2 mm, Biratnagar 133.6, Kathmandu 3.9, Pokhara 30.5 mm and Lumle 104 mm in the 24 hours on that Tuesday. Following a week of sunny day, the country had experienced the first post-monsoon rains from Saturday night. 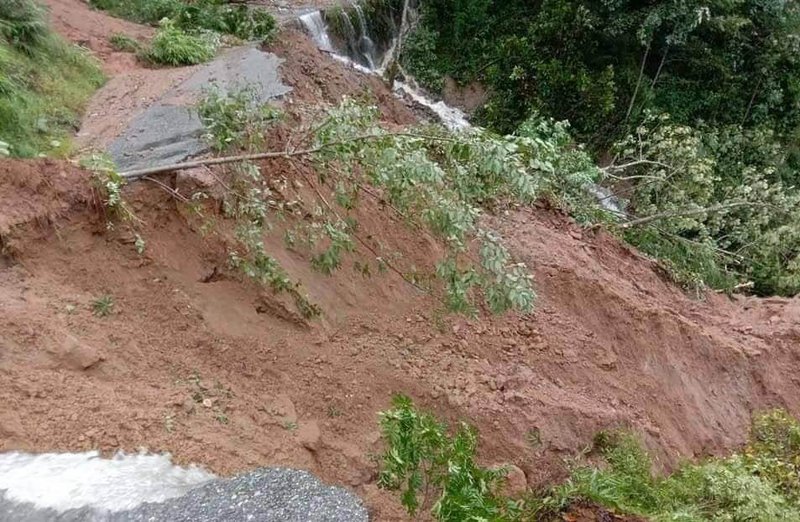 Meteorologists said that a combination of the low atmospheric pressure system developed around the coastal area of Andhra Pradesh and Odisha in India and the westerly wind led to generally to partly cloudy and rainy situation in many parts of the country since Saturday night.

“This particular type of phenomena during the post-monsoon season is considered normal as it sometimes becomes a fully sunny day and sometimes the weather immediately gets cloudy in some places of the country,” meteorologist Ganga Nagarkoti at the Meteorological Forecasting Division (MFD) under the Department.

An urgent meeting of Council of Ministers made the decision to provide Rs. 200,000 to those who lost a family member to the disaster, informed Home Minister Bal Krishna Khand.

Prime Minister Sher Bahadur Deuba announced to provide appropriate relief to the families of the deceased and affected by the floods and landslides.

At a meeting of the National Disaster Risk Reduction and Management Council (NDRRMC) in Singha Durbar, Prime Minister Deuba decided to provide rescue, relief and compensation to the flood and landslide victims in different parts of the country due to incessant rains.

The meeting also decided to effectively carry out relief and rescue work in the affected areas.

The death toll due to rain-related incidents in Sudurpaschim has now risen to over two dozen including the landslides and floods.

Sudurpaschim Chief Minister met people affected by heavy rainfall in the regions of the province and announced a compensation of Rs 4 lakh each to the next of kin of those who have lost their lives.

According to Home Minister Khand, all the health treatment costs of those who were injured in landslides and floods that occurred across the nation in that period would be borne by the government.

“The government has also decided to intensify the relief distribution and rescue works,” said the Home Minister.

He added that families who do not own any land or property would be provided with Rs. 300,000 each to procure land and the government would manage to provide community homes to them.

The meeting also decided to use private helicopters for rescue works.

With the support from Nepal Army, Armed Police, Nepal Police and local people, the rescue mission has been launched in the affected areas.

District Police Office Doti’s joint-spokesperson and police inspector Rabindra Chand said the incident happened when the landslide hit the house of local Bir Bahadur Kunjeda and a team has been mobilized to recover the bodies. The Office said the continuous rain has disrupted the communications system in the district and it is struggling to gather information about losses caused by the rain in different parts of the district.

Meantime, in Dadeldhura, a person was buried by a landslide that occurred from above the house at Bhatkada of Ganyapdhura rural municipality-1. 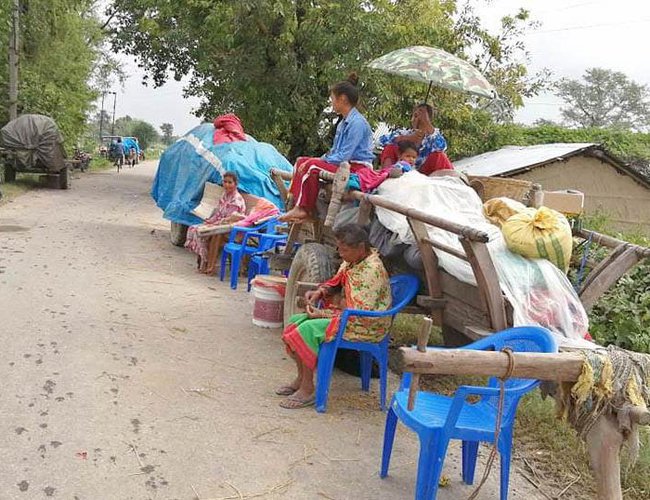 The District Police Office has been unable to gather information about the losses from the disaster in other parts of the district due to the disrupted telecommunications network and the power supply system.

Similarly, two people were injured in a landslide at Amargadhi municipality-1 and they are being treated at the Dadeldhura Hospital. The District Administration has appealed to all to remain alert to the possible disasters when waters level in the rivers have increased, causing floods in the nearby settlement.

Different areas in Dhangadhi have been waterlogged due to the incessant rainfall. Normal life has been affected as Bishalnagar, Milanchowk, Shibanagar, Krishnanagar, Malita tole, Uttarbehadi, Campus road, among others have been inundated. 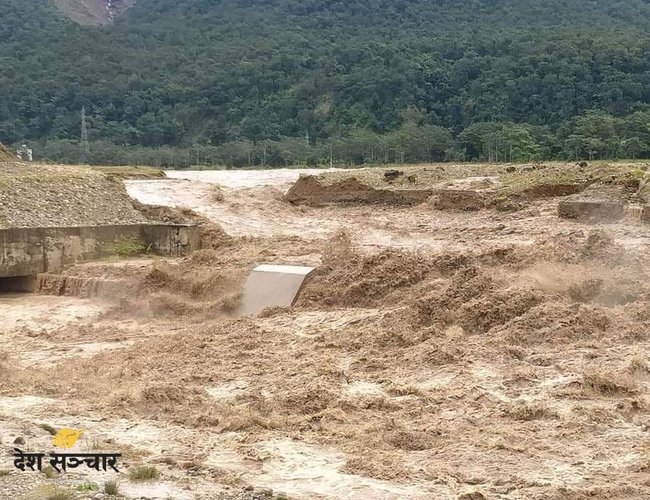 Different settlements have become waterlogged due to blacktopping of roads without making arrangements for sewerage. Similarly, the rain has also damaged the paddy crops.

Meanwhile, a report from Dang said that the incessant rain damaged the paddy ready for harvest. "The paddy crop was ripe, we were expecting a good harvest. But the heavy rain since Sunday night has damaged the crop,” said one Dhaniram Chaudhary of Dangisaran rural municipality.

Farmers said besides paddy crops, the rain has also damaged mustard and vegetable crops. The paddy fields have become waterlogged due to the rain in Ghorahi, Lamahi, Bhalubang and west Dang.

Although the rain used to occur in this period of time, the intensity of rainfall this time has set a record. As the temperature is rising globally, countries like Nepal are highly susceptible to the flood and landslides caused by incessant rains.

Starting from major floods in Melamchi caused by burst of the lake in Melamchi and the region, the current rain has badly damaged different parts of Nepal, mostly the far-west and eastern region. 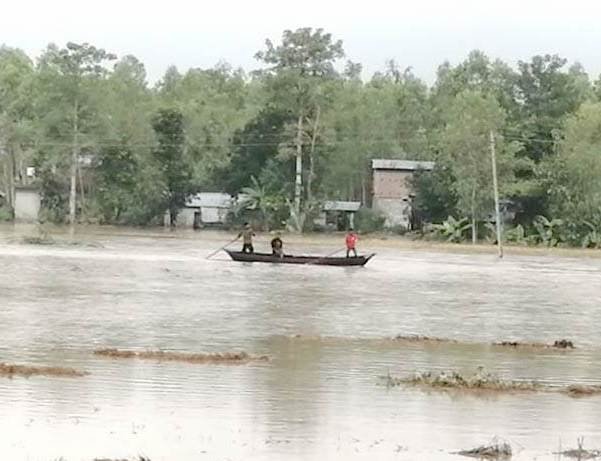 As natural water induced disasters like floods, landslide and inundation have been making heavy damage, the government should invest more money to develop a strong and reliable meteorological forecasting system, along with rescue and rehabilitation.

Earthquake In Doti: Nepal Army Is In Rescue Operation, 200 Aftershocks So far By NEW SPOTLIGHT ONLINE 2 weeks, 6 days ago