As other governments, PM Deuba has spent most of his time to manage coalition partners and his own party. However, the government has made a good progress in vaccination drive 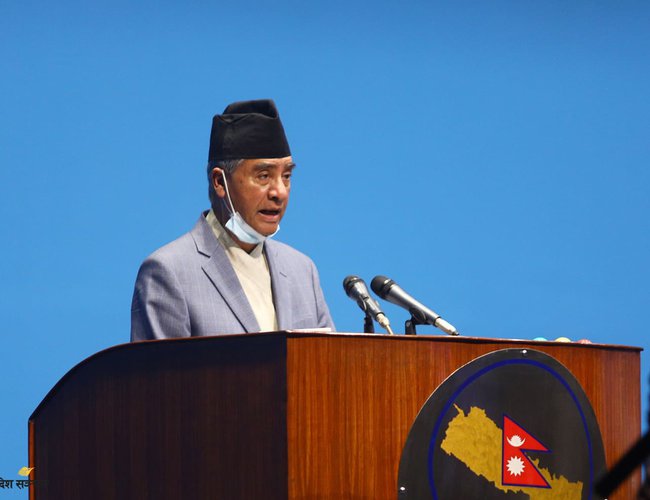 NC leader Sher Bahadur Deuba has found a very favorable time to lead the fourth coalition government in his long political career. Constituted following the order of Supreme Court, the Deuba government got an opportunity to lead the show without any opposition.

With a strong backing from all factions including Ram Chandra Poudel, he received unanimous support within his party. Similarly, Maoist Center leader Prachanda and newly formed Communist Party Nepal Unified Socialist led by Madhav Kumar Nepal and other Madheshi factions too lent their support to Deuba without any conditions attached.

However, like all his predecessors, prime minister Deuba has spent most of his time managing internal divisions and pressure in his own party and alliances of ruling party.

As Nepali Congress is holding its General Convention in November, his party colleagues have started criticism against him just a few days after Deuba secured the support of over two thirds of majority in the House of Representatives.

His rival and colleague Ram 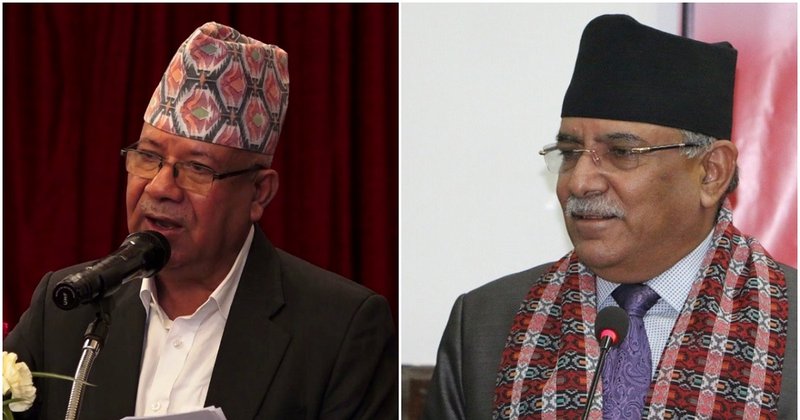 Chandra Poudel vehemently attacked this government once he saw Deuba is receiving wider support in the party’s internal elections. However, Prachanda, Nepal and Upendra Yadav continue to back him.

With no immediate options before the parties, PM Deuba has been receiving more strong support from Maoist leader Prachanda and new party leader Nepal than his party colleagues.

Although he expanded the cabinet almost two months after taking the oath of Prime Minister, PM Deuba was dragged into controversy through appointment of die-hard Congress leader Gajendra Hamal as minister.

Media and his party colleagues linked Hamal’s name with chief justice and compelled Deuba to seek resignation of his own loyalist Hamal from minister within five days.

Prime Minister Deuba’s rival sees this was their major success to weaken Deuba in the party. Dragging Deuba in controversy and forcing resignation of Hamal, is one of strong points of his opponents of Koirala clan.

Despite all the efforts, Prime Minister Deuba’s position in the party has further strengthened given the results coming from internal organizational elections of the party.

CPN-UML leader Sher Bahadur Tamang said that the government has completely failed in every sector and it has not taken any decision worthy to remember. As we have been saying from the beginning this government is just an alliance of opportunists, he said.

However, the ruling party leaders defended the government’s performance as successful. CPN-Maoist Center leader Dinanath Sharma said that there is nothing to be discouraged. “There is a ray of hope to safeguard the constitution and democratic value under this government,” said Sharma.

Nepali Congress leader Chandra Bhandari defended the government’s performance of the last hundred days. He said that the main achievement of this government is to restore faith on the constitution and democracy. “The government has also brought the foreign policy right on the track,” said Bhandari.

He said that the government is also able to provide COVID-19 vaccine to the large number of people in the country. Among those noticeable actions of the government during this period is its response to the COVID-19 pandemic. The short term target of the COVID-19 inoculation campaign has already been met. The government had set a goal of vaccinating one-third of the target group (21,756,763 populations above 18 years) by the end of mid-October and the target is already met.

It was on July 13 that NC President Deuba took charge as the head of the government. He had replaced CPN (UML) Chairman KP Sharma Oli following the Supreme Court’s order to appoint him as the Prime Minister of Nepal in accordance with Article 76 (5) of the Constitution.

It has been largely realized that the incumbent government has centered its focus on public health issues and has created a foundation for development efforts, and for the promotion of peace and good governance.

Prime Minister Deuba had pledged to implement the vaccination drive against COV ID-19 with top priority shortly after he won the vote of confidence in the House of Representatives.

It seems that the pandemic is in the phase of containment. The ability to administer 300 thousand doses of vaccine is itself an indicator to prove the government’s priority to public health.

The government has announced that it is committed to bringing all the eligible population to the vaccination coverage by mid-April. It has also pledged to provide vaccines to people below 18 soon.

Professor Dr. Surendra KC has said that political leaders are unable to maintain the political code of conduct.

In a short span of time, the government has been successful in executing vaccine diplomacy and managing 15 million doses of vaccines for its people. Implementation of the balanced foreign policy, creation of investment-friendly atmosphere, encouragement to the private sector to achieve economic stability, announcement of relief packages to the business community hit by COVID-19 pandemic, good response to COVID-19 and its management is among those noticeable actions of the government.

All local levels have been connected with internet network, an arrangement has been made to check one's tax details and pay tax electronically, digital archiving of government documents has been started and a process of digital learning for quality education in remote areas has been initiated in a short period of formation of the government.

Similarly, a decision to provide Rs 5,000 monthly allowance to cancer and kidney patients as well as patients of spinal injury, an announcement to provide Rs 10,000 to each family from poor economic background, to provide Rs 500,000 each to players of National Football Team that became first runner-up in the SAFF Championship, the announcement of 'Earning while Studying' program targeting young students could be taken as the positive initiative of the incumbent government.

An initiative to provide risk allowance immediately to health workers deputed in the frontline during coronavirus pandemic could also be taken positively.

The government through common minimum program has already unveiled a special package for the revival of the economy affected by coronavirus.

The activities carried out by the government with limited resources and human resources in the rescue of the people affected by landslides, floods and inundations, providing relief to them and reconstruction, execution of foreign policy based on national interest are its important programs.

A process to appoint capable and qualified persons at important bodies has been started, which has disseminated a positive message among the people for development and good governance.

Programs providing for a special economic package for the revival of hard-hit sectors as industry, tourism business, communication and transport and for the support of laborers, economically poor and unemployed vulnerable groups have created an environment of relief in the economy which is weakened by the COVID-19 pandemic. The budget has already been allocated as per the programs meant for the COVID-19 affected sectors and the general public.

Programs like 'Earning while Studying' and 'Women First' have also been announced targeting the youth students and the women respectively. It is hoped that once these programs are implemented, these will open the door to the youth students and women for entrepreneurship opportunities, thereby promoting self-reliance.

The government has become successful in safely rescuing the Nepali citizens who were in trouble after the Taliban's rise to power in Afghanistan.

Determining the basis for development and nation's prosperity while bringing on the right track the constitution, parliament and democracy that were derailed due to the activities of the previous government can be taken as the major achievements of the present government. 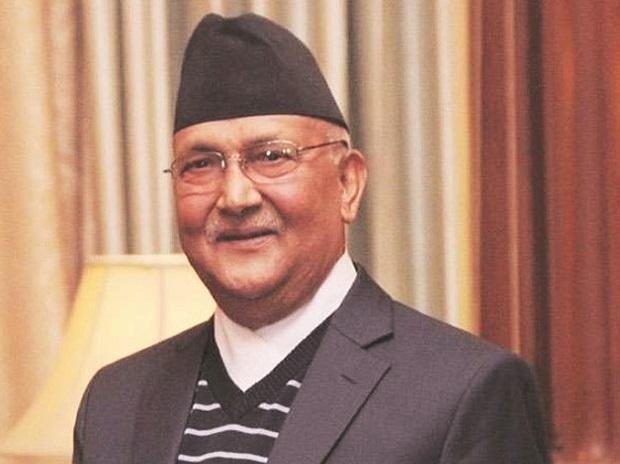 The government has not only brought vaccines by means of economic diplomacy but has also adopted the policy of creating an environment conducive for investment, including foreign direct investment.

Whatever the progress the government has made in other sectors, Prime Minister Deuba’s success in vaccinating against COVID-19 is remarkable which will be likely to help bring Nepal back on the track.

Three months after becoming Prime Minister, Sher Bahadur Deuba has given his government a full shape. Deuba’s cabinet included 3 ministers of state and 22 ministers. His party retained the major ministries like Home, Defense, Foreign and Information.

President Bidyadevi Bhandari reshuffled the Council of Ministers which was formed on July 13 under the leadership of Prime Minister Sher Bahadur Deuba on the recommendation of the Prime Minister as per Article 76, Clause 9 and Article 78, Clause 1 of the constitution of Nepal.

President Bidya Devi Bhandari administered the oath of office and secrecy to the newly appointed ministers at Shital Niwas, the Office of the President.

The President reformed the Council of Ministers by adding some new ministers in the Cabinet on the recommendation of Prime Minister Sher Bahadur Deuba as per Article 76 (9) and 78 (1).

Minister of State, Office of Prime Minister and Council of Ministers

Minister of State, Health and Population