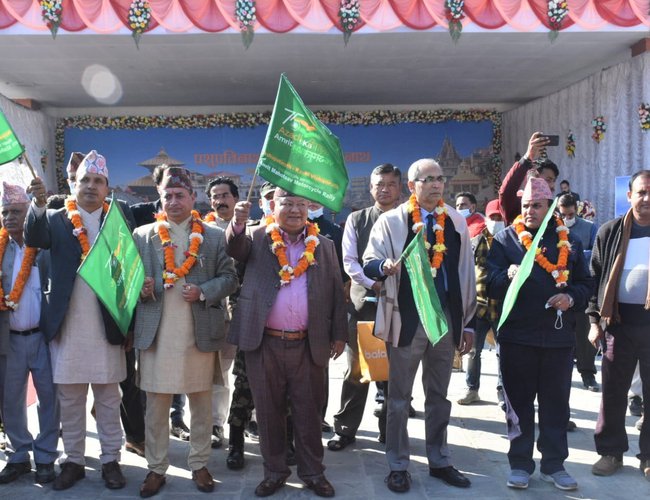 Minister for Culture, Tourism and Civil Aviation Prem Bahadur Ale and Ambassador of India Vinay Mohan Kwatra jointly flagged off Pashupatinath-KashiVishvanath Amrit Mahotsav Motorcycle Rally” by from the sacred Pashupatinath Temple in the august presence of Ven. Mool Bhatta of the Temple.

Nearly 50 Indian and Nepali motorbike enthusiasts are participating in the rally. The rally is aimed at showcasing the profound and timeless people-to-people connection between India and Nepal and further strengthening mutual cultural relations. The rally is also intended to increase awareness among youth about the precious shared religious and cultural heritage of our two great countries.

In his remarks, Minister Ale spoke about the age-old cultural heritage and civilizational links between India and Nepal and wished the participants of the bike rally success in their journey.

Ambassador of India in his remarks spoke about the special association between Kathmandu and Kashi and the role played by the two ancient temples – Pashupatinath and Kashi Vishwanath – in bringing people of the two countries together. Ambassador Kwatra also urged the youth of India and Nepal to cherish and preserve this shared cultural wealth. Venerable Chief Priest (MoolBhatta) of Pashupatinath Temple blessed the participants before they set out on this journey.

The participants of the rally would visit Kashi Vishwanath Temple in Varanasi on 13 November and perform puja and offer ‘SwachchataShramdan’ at Dashashvamedhaghat to spread the message of cleanliness.

During its journey, the rally would also cross several historically important places: Motihari – where Mahatma Gandhi launched ‘Champaran Satyagraha’ during India’s freedom struggle, Sarnath – the city where Mahatma Buddha delivered his first sermon, and Gorakhnath Math – a temple highly revered and visited by people from both India and Nepal. The snippets from the journey can be followed on Embassy’s social media handles.

The rally is organized by the Embassy of India, Kathmandu in collaboration with Royal Enfield Kathmandu as part of ‘Azadika Amrit Mahotsav’, an initiative of the Government of India to celebrate and commemorate 75 years of independent India and the history of the remarkable progress of its people. 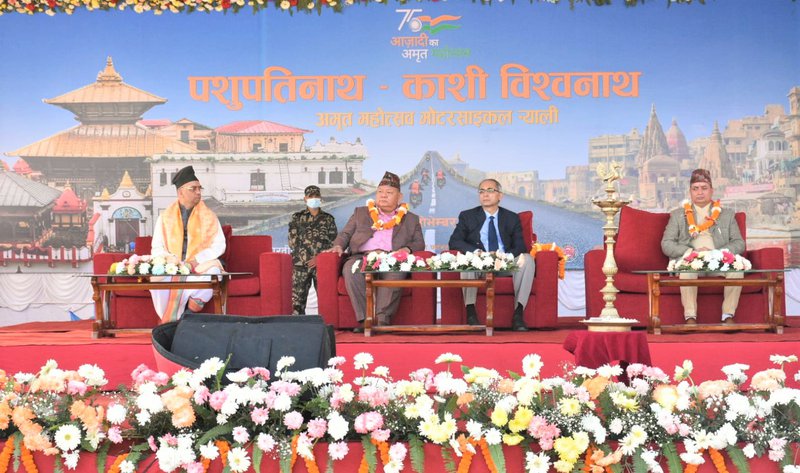