COAS Open Marathon To Be Held On February 26

COAS Open Marathon To Be Held On February 26 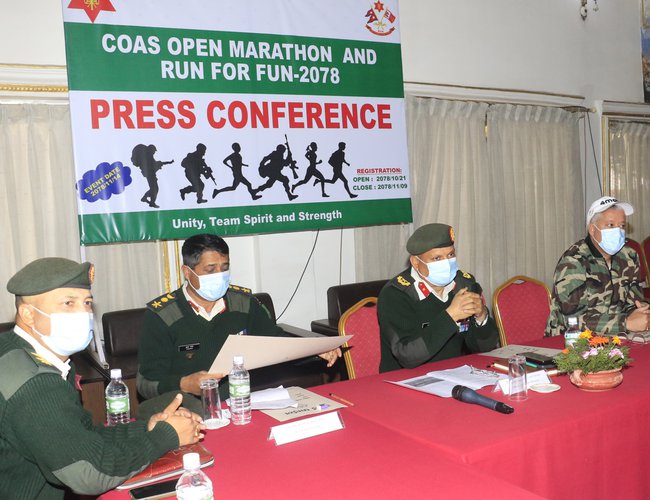 Chief of Army Staff Open Marathon' championship is to be held on February 26 on the occasion of Army Day and Maha Shivaratri.

At a news conference organised by Nepali Army, he said that a 10-KM race at the participation of army officers and army men and women attaché, as well as a five-kilometer walkathon, would also be organised, it is shared.

Sisik Automobiles Pvt Ltd would present Yamaha motorcycle to the winner of the marathon while the Kathmandu metropolitan City would present scooter to winner female runner of half-marathon.